Both Bally Technologies and Net Entertainment are releasing video slots based on Michael Jackson and Jimi Hendrix (respectively) – find out what they will entail.

The Jimi Hendrix online slot will be released on the 21st of April 2016 (that’s this coming Thursday) – the much anticipated release will be NetEnt’s 2nd music trilogy game following the launch of Guns N’ Roses earlier this year. Available across all devices, it will have 5 reels and 20 paylines and have a psychedelic theme.

It will have 6 bonus features with 2 randomly triggered ones in the base (giving you re-spins and wild transformations. There will be a Pick and Click feature where you can win cash prizes and play 3 free spins features – they will offer wild reels, wild transformations and overlay wilds on each free spin. It also features 5 hit songs from the rock legend. See below for screenshots of the Jimi Hendrix game: 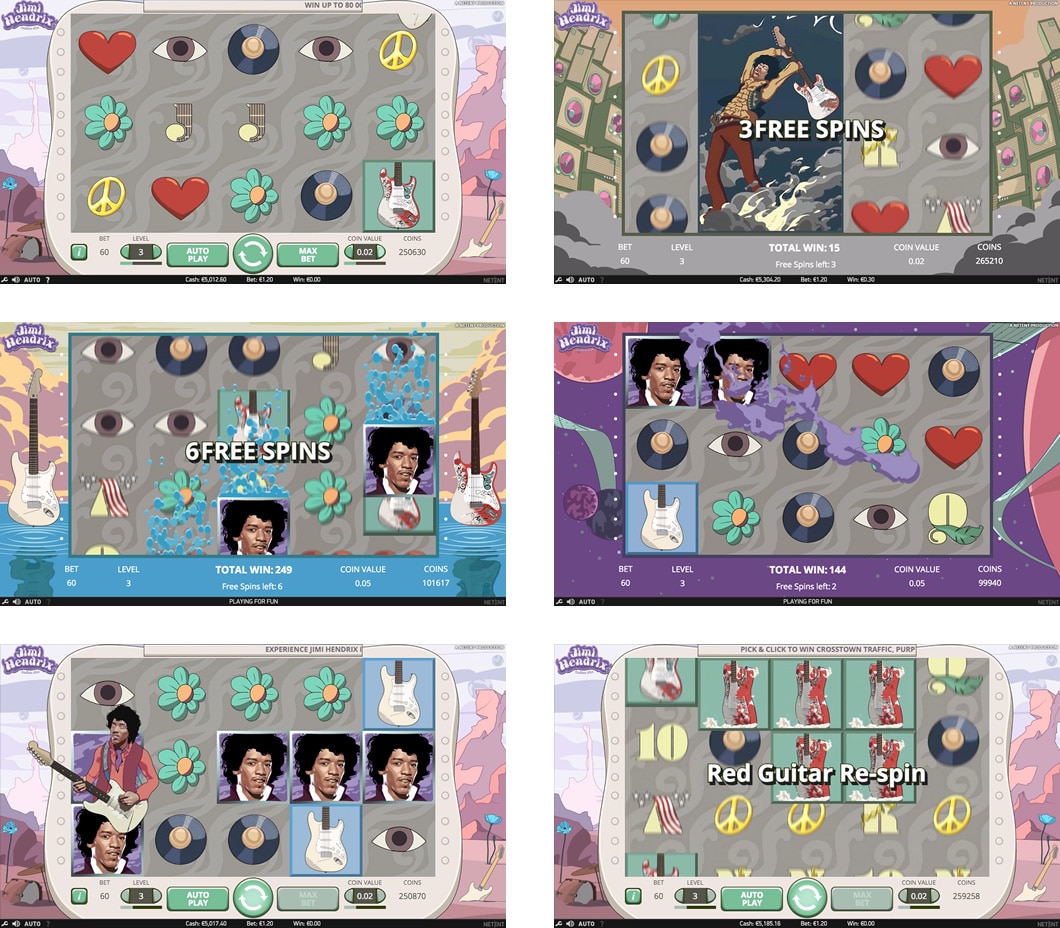 Michael Jackson King of Pop will be released on the 25th of May 2016 and will have 5 reels and 25 paylines. Again, it will be playable across all devices and features 5 of his most popular songs. There will be 2 randomly activated features in the base game with Moonwalk wilds and Stacked wilds.

The main attraction will be the Wheel Bonus feature where cash prizes, more spins of the wheel and access to 2 free spins features are up for grabs. Get ready for the Beat It Free Games feature which gives you sticky wilds whilst the Smooth Criminal Free Games feature benefits from wild reels on every free spin. Scroll down to find 6 screenshots of the upcoming Michael Jackson King of Pop slot: 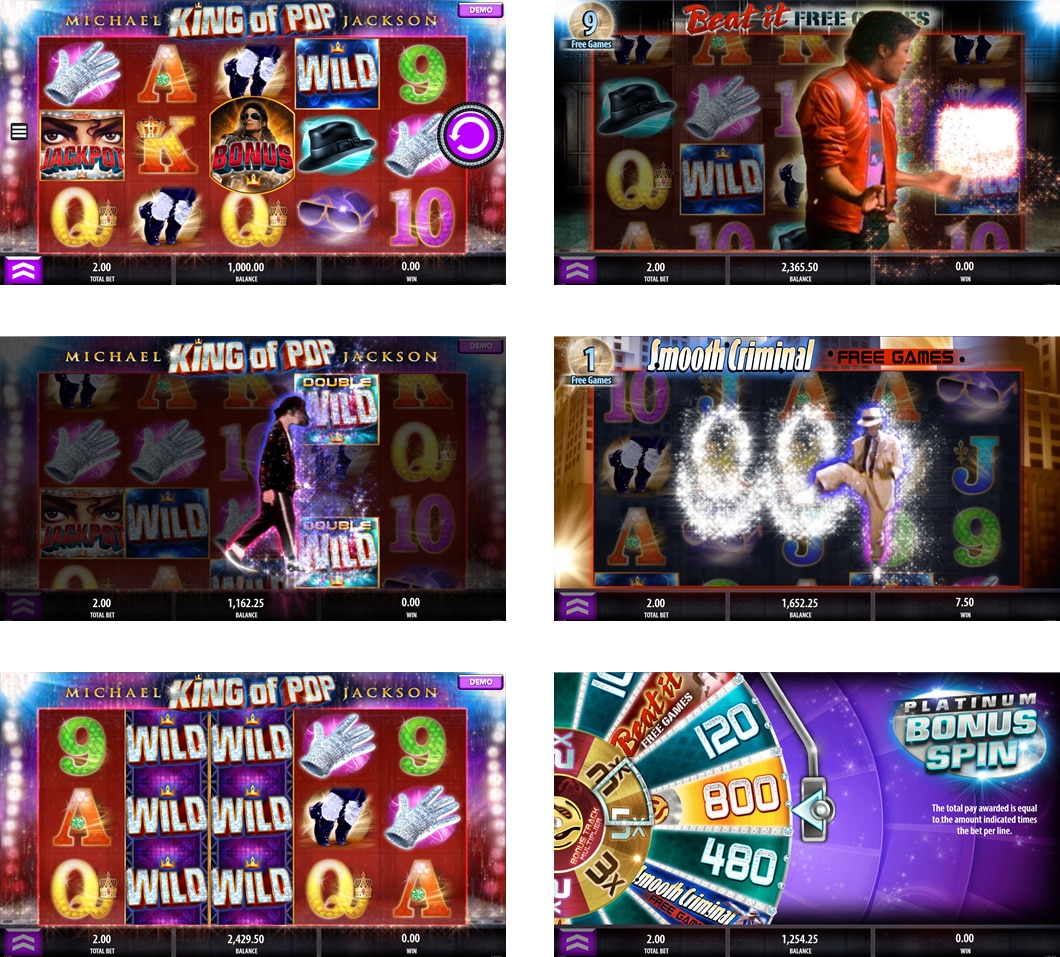 Until then, there are a few music themed video slots to play – as mentioned earlier, Net Entertainment released Guns N’ Roses which is superb. WMS Gaming offer you both KISS Shout It Out Loud and Elvis The King Lives.

These 3 video slots can be played at LeoVegas Casino who offer you 50 no deposit free spins and a 200% first deposit bonus up to £100. You will then receive 20 free spins a day for 10 days (200 free spins) once you deposit with 3 more deposit bonus offers taking your potential free money to a huge £1,500.