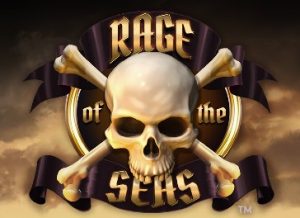 Rage of the Seas: Demo

WHERE TO PLAY Rage of the Seas SLOT

Join a grizzly pirate crew on a quest for booty in the Rage of the Seas slot. This feature-filled game from NetEnt comes with plenty of extras. Look out for Boost symbols which expand the size of the reels as well as awarding 4 spins complete with a modifier. These include stacked or spreading wilds, minor or major reel upgrades or a 2x multiplier. Trigger the Free Spins feature for free spins complete with 3 modifiers. Find out more about this volatile, buccaneering adventure in our detailed Rage of the Seas review.

The action in the Rage of the Seas online slot begins on what looks like a standard 5 reel, 4 row machine which offers 1,024 ways to win. Winners are formed by landing matching symbols on adjacent reels, starting from reel 1.

Bet levels range from between 20p and £400 per spin. Click on the coins button in the bottom left-hand corner of the screen to adjust. NetEnt’s usual autoplay settings area available here. You can run up to 1,000 autospins if required. There’s also a quick spin mode. It’s all very easy to adjust.

The waters in this seafaring adventure can be rather choppy for your bankroll. The Rage of the Seas volatility is high. You can expect spells when your bankroll will float away with the ocean. Get on a roll with the modifiers in the free spins and the doubloons can quickly build.

The Rage of the Seas RTP is 96.04% which is about average. That cannot be said about the payouts as the max win is 27,440 x your total bet. The big wins can happen if you expand to reels to offer 5,488 ways to win.

Rage of the Seas Theme – climb aboard the pirate ship As usual for a NetEnt slot, plenty of thought has gone into the design of the Rage of the Seas slot. Flanked by lanterns, the reels are set within a classic wooden pirate ship.

It resembles the Black Pearl from the Pirates of the Caribbean films. There’s a comic book-style to the imagery which is very nicely crafted. Likewise, the stirring soundtrack that accompanies the action. There’s no shortage of atmosphere here.

All the symbols relate to the seafaring theme. There isn’t any royal filler here. Instead, you’ll find a bottle, a ship’s wheel, an anchor, a shark, a parrot and 4 members of the pirate crew. The bearded captain is the best of the bunch, paying 2.5 x your total bet if you land 5 in combination. The octopus is the wild and substitutes for all symbols mentioned.

Rage of the Seas is available to play on all devices including tablet and mobile. There’s plenty going on here with the expanding reels and modifiers and we slightly preferred playing on a larger screen. The Rage of the Seas mobile slot is perfectly playable though.

Rage of the Seas Bonus Features

The gameplay in the Rage of the Seas slot is quite unusual, starting with the game engine. You’ll also find plenty of modifiers here as well as expanding reels and a free spins round. We’ll start with the shape-shifting game engine. As mentioned, you begin with 5 reels and 1,024 ways to win.  You’ll boost your ways of creating a winning combination every time a Boost symbol appears on reels 2, 3 and 4.

When one lands, the ship’s monkey appears to open up 3 extra rows on that reel. Known as the Boost feature, the number of ways to win increases dramatically:

The arrival of a Boost symbol also brings with it 4 Feature Spins. These come with 1 of the following random features which is live for the 4 Feature Spins:

If you land a Boost symbol on a reel that’s already expanded, you’ll get 2 extra Feature Spins (or 2 extra Free Spins if you’re in the Free Spins). There are 2 ways to trigger the Free Spins feature. Either land 3 Boost symbols or 3 or more Scatter symbols on the same spin. Here’s what you’ll get:

Throughout the free spins, 3 random modifiers will be active which can really give you winning chances a boost.

We enjoyed this pirate adventure. The design is good and there’s plenty of action on offer from the gameplay thanks to the Feature Spins and Free Spins modifiers.

A slot called Rage of the Seas was never likely to be a genteel one and this certainly isn’t. It’s bold in design, features and of course volatility.

If you enjoy slots with the pirate theme, you may well want to set sail with the Rage of the Seas crew. Other options include Quickspin’s Pirate Charm slot or the Pirates 2: Mutiny slot by Yggdrasil Gaming.

Rage of the Seas FAQs

What is the Rage of the Seas RTP?

The Rage of the Seas RTP is 96.04%. However, these pirate waters are pretty lively when it comes to volatility. This is a high variance slot so you can expect some potentially big bankroll swings.

What is the Rage of the Seas max payout?

Rage of the Seas can pay out up to 27,440 x your total bet per spin. For this, all 3 reels need to be expanded to offer 5,488 ways to win via the Boost feature and you need a screen full of bearded captains as well as the 2x multiplier.

Is there a Rage of the Seas free spins round?

Yes. Trigger the Free Spins feature and you’ll receive up to 12 free spins complete with 3 modifiers. These include stacked or spreading wilds, minor or major reel upgrades or a 2x multiplier that’s applied to all wins.

Is there a Rage of the Seas mobile slot?