NetEnt has confirmed that it has agreed deals to produce officially branded slots based on Street Fighter II, Hell’s Kitchen and The Trillionaire. It’s Microgaming who will be delivering the deadmau5 and Game of Thrones releases.

Based on the classic 1990s video game, Street Fighter II: The World Warrior will feature the game’s imposing line up of characters including Ryu, Ken, E. Honda, Guile, Chun-Li, Blanka, Zangief and Dhalsim – as well as boss fights with Balrog, Vega, Sagat and the evil M. Bison. Expect retro sound and visuals and bang up to date extras.

“Gordon Ramsay is a true rock star of the restaurant world. His strong personality and use of colourful vocabulary as front-man of Hell’s Kitchen have earned him legend status as a multi-Michelin starred celebrity chef, with fans all over the world. Just as importantly, this allows us to produce a true slot with a strong narrative and a lot of adult fun! We can’t wait to see what our players think of what we have in store for them.” said Bryan Upton, NetEnt Director of Games.

NetEnt has partnered with FashionTV to create The Trillionaire which takes inspiration from the leading fashion and style channel’s hit song ‘I Want to be a Trillionaire’, featuring FTV star Anja J. Microgaming has been busy too, tying up deals to produce slots based on music producer deadmau5. The Deadmau5 slot will be based on the electro musician’s latest cube v3 tour and will feature some of the producers top tracks.

“The addition of deadmau5 to our sizeable branded content offering, which already includes some of the biggest names in entertainment, highlights our commitment to diversifying and innovating across our range,” said Jean-Luc Ferriere, the Chief Commercial Officer at Microgaming. Game of Thrones Power Stacks will be the Microgaming’s second slot based on HBO’s all conquering TV show. The original version, Game of Thrones, hit the online casino shelves in 2014 and it’s something of a surprise it’s taken this long for a follow up to arrive. The new version will feature many of the most popular characters from Westeros and will also use the innovative Power Stacks game mechanic.

Ferriere added, “We are excited to extend our partnership with HBO to supply a new Game of Thrones online slot that honours and builds on the brand’s immense popularity. In the spirit of the show, we will be working hard to deliver a quality, feature-rich slot game so that players can enjoy an authentic Game of Thrones themed gaming experience.”

All the slots are expected to be released later in 2020. If you like slot games based on films, movies and the like, visit our dedicated Movies/TV slots section. 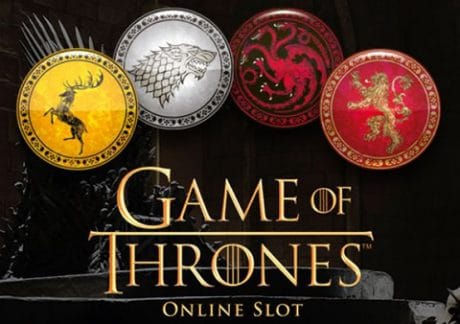