Nitro Circus is the first branded video slot from Yggdrasil Gaming. Based on the stunt bike collective who performed death defying tricks and jumps, it’s a 5 reel, 25 payline offering. As usual the design here is top notch. An arena full of floodlights and ramps is the setting backed by a heavy rock soundtrack.

They’ve packed in plenty of extras here too including Nitro Wilds that can turn up to 9 symbols wilds, up to 30 free spins with added wilds and multipliers and the Nitro Jump where even more free spins, multipliers and cash prizes are up for grabs.

The features here are unusual to say the least but can deliver some knockout action. Whether or not you’re a petrol head, you should find plenty of thrills at the Nitro Circus.

There’s a much darker theme, Haitian voodoo to be precise, in Baron Samedi. Another fantastic looking and sounding game from Yggdrasil Gaming, it’s played using a 5 reel, 25 payline game engine. It’s exclusively available now until it is released next week – more on this below.

The highlights are the respins and the Voodoo Free Spins feature that awards 7, 12 or 15 free spins. Those respins and free spins come with 3 special extras on each spin. A turn of the tarot cards determines which 3 of the 36 modifiers are in play at each time.

These can include up to 9 mystery transforming symbols, mystery reels, multipliers of up to 10x, symbol upgrades, lower value symbol removals, symbols turning wild, 5 of a kind wins, added wilds and wild reels. If you want to see what the cards have in store, then check out Baron Samedi.

Rounding out our hat-trick of new releases is Dragon Maiden. This super volatile fantasy-themed video slot comes from Play ’N Go and is played using a 5 reel, 243 ways to win game engine. Keep a special eye out for the Dragon Maiden symbol which can magically transform into a wild at random. If there are any other Dragon Maidens symbols elsewhere on the reels, they too will turn wild. The Dragon maiden wilds can expand up to 3 symbols high which can lead to some pretty spectacular results.

The main feature is the Free Spins feature where 8, 10 or 12 free spins are on offer. Hope to see plenty of dragon scatters during the feature as every time 1 hits, it expands the length of the reel by 1, up to a maximum of 6 symbols high. If you land a scatter on a fully expanded reel, you’ll be awarded a Golden Free Spin. This follows the normal free spins and is played on a new machine that offers a mighty 7,776 ways to win.

As you might expect from a video slot starring fire-breathing dragons, the volatility here is pretty scorching. If you like playing games with sky high volatility, then Dragon Maiden is certainly worth investigating.

Nitro Circus, Baron Samedi and Dragon Maiden are all out now but Baron Samedi is exclusive to ComeOn Casino for the next week – with Nitro Circus and Dragon Maiden also available there, it makes sense to sign up at ComeOn Casino and begin with 20 no deposit free spins on NetEnt’s Starburst. On your 1st deposit, you’ll get a 100% match bonus up to £25. 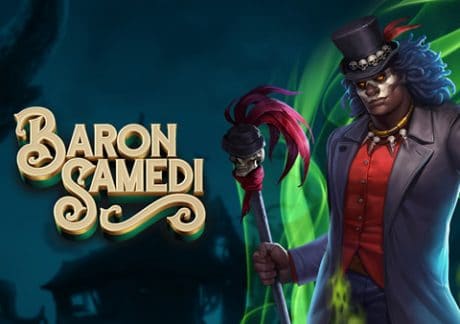 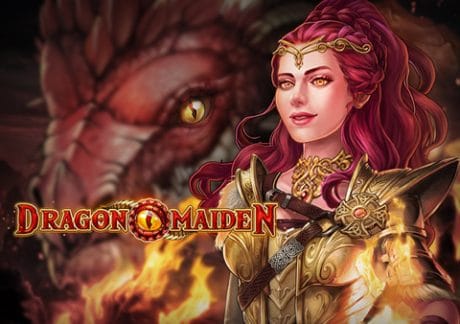 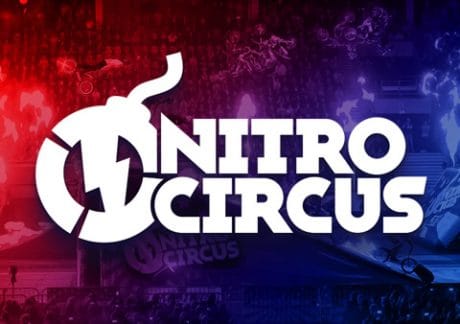