The list of online casinos offering Novomatic video slots has always been pretty slim but now both VideoSlots Casino and Genting Casino are adding to their portfolios giving you more choices. Let’s take a look at the new games you can play at both casinos:

Pharaoh’s Tomb is a 5 reel, 10 payline game which is playable from 40p a spin. Set in ancient Egypt, it comes with an expanding Pharaoh wild in the base game. The main attraction is the Free Games feature where you can play with up to 16 free spins – more importantly, the Pharaoh wild upgrades symbols to an eventual expanding wild for huge wins.

Pumpkin Power is a 5 reel, 243 ways to win game which can be played from 25p a spin. With a Halloween theme, the Free Games feature starts off with 12 free spins – the pumpkin sees you roll a dice to win 3, 4 or 5-of-a-kind wins for the symbol it lands for extra prizes. If the dice lands on the pumpkin, you will get up to 5 more free spins each time.

Aztec Power is a 5 reel, 25 payline game that can be played from 25p a spin. Set in ancient Mexico, again it’s about the Free Games feature where up to 20 free spins with double multiplier wins can be won. The Power Line feature comes into play where the multiplier increases by 1 every time you get a losing free spin – if you lost on all free spins, you could get a huge 21x multiplier on your last free spin!

Amazon’s Diamonds is a 5 reel, 30 payline game which can be played from just 30 a spin. Based on 4 fearless female warriors, it comes with stacked diamond wilds throughout. Like most Novomatic titles, the focus is on the Free Games feature where you can get up to 30 free spins (with stacked wilds).

Book of Stars is a 5 reel, 20 payline game that is playable from 20 to 25p a spin. Based on Greek mythology, this excellent looking game uses an Extra Bet feature that increases your stake slightly but gives you a ring wild symbol on 2 more reels and becomes a scatter. This allows you to enter the Free Games feature more easily – you will get up to 20 free spins with a special expanding symbol.

Jewels of the Sea is a 5 reel, 720 ways to win game that is playable from 20p a spin. Set underwater, look out for the wild symbol which doubles your outcome when part of a winning combination. There’s also a Free Spins feature where you can play with a whopping 192 free spins in total! 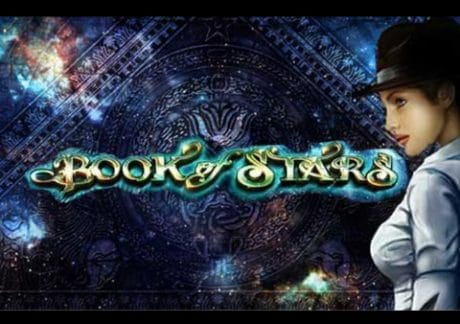