Unleash the power of Thor and join yoyal knights in battle with the latest 2 video slots from Blueprint Gaming and Play ‘N Go – Lightning Strike MegaWays and Queen’s Day Tilt.

Powered by Blueprint Gaming, Lightning Strike MegaWays is the latest video slot to use the popular game engine – it sees you unleash the power of Thor. Based on the god of thunder and with a Norse mythology theme, you get to experience mighty Asgard in spectacular fashion.

With 6 reels and up to 15,625 ways to win, you can spin with the Norse gods from as little as 10p a spin on all devices. Look out for the tree of life (Yggdrasil) as this will activate the Mystery Might feature – all tree symbols will then transform into the same randomly chosen symbol for enhanced wins.

You also hope to see the Mjölnir wild (Thor’s hammer) storm the reels as this will activate the Lightning Strike Respin feature – the wild expands to cover the whole reel and also have multipliers up to 5x on them. You then get a free respin – if more wilds land, they also expand with more respins to follow. You can benefit from 4 fully wild reels in total for huge payouts.

Lastly, there’s the Mega Spins Exchange feature which comes into play when you win 5 times your bet or more – you spin the wheel to win cash prizes or up to 25 Mega Spins – if you enter the Mega Spins feature, you will play on a richer reel set with more chances to win. There are payouts of up to 10,000 times your bet from each spin – read the Lightning Strike MegaWays video slot review for more details.

Powered by Play ‘N Go, Queen’s Day Tilt sees you gather with the Queen and her royal court as her royal knights battle in an attempt to win her attention. Played on a 3×3 grid from 10p a spin on all devices, it looks rather good and has a medieval feel.

When you get a winning combination, the contributing symbols are removed – a wild also appears in the middle of the win to allow you to win again. If you don’t get a win, The Ruler feature can randomly come into play – 1 extra wild is added to give you the chance to win.

If you get a win with both knight symbols, the Game of Accession feature is triggered – you get 1 respin with all low value symbols removed from the reels. You also pick which knight will win you more – if you guess correctly, your payout will be doubled.

After the symbol drop, 1 single symbol can remain – the Tilt feature might trigger to remove the symbol and trigger the all-important Queen’s Day Free Spins feature. Starting with 5 free spins, only high value symbols appear as well as multipliers. When you get a win with 2 knights, the multiplier increases. If you don’t get a win, The Ruler feature applies. You can also win more free spins.

Queen’s Day Tilt isn’t as complicated as it reads – you’ll see that if you play the game. I must say its high variance with top wins of 5,000 times your bet on every spin/free spin. For a full review and to try for free, go to the Queen’s Day Tilt video slot review.

Videoslots Casino is the place to play them both

You can play both Lightning Strike MegaWays and Queen’s Day Tilt at Videoslots Casino – with over 3,300 games to choose from (yes, 3,300+), you won’t even run out of titles to play. They also have new releases like Novomatic’s Feather Frenzy and Quickspin’s Ticket to the Stars as well as Ash Gaming’s Adventures in Wonderland Deluxe. 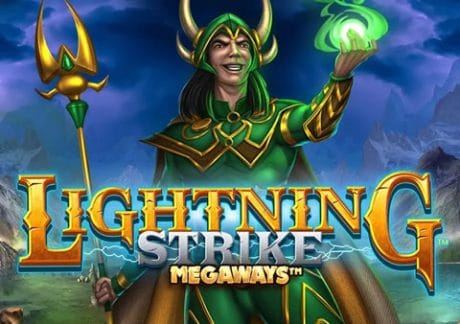 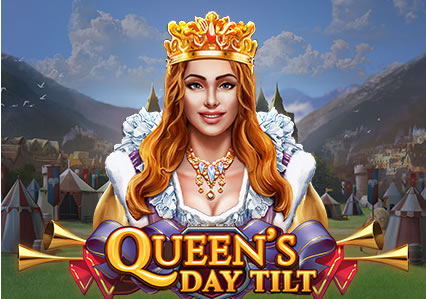