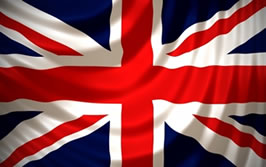 Reports in the British media this week suggest that the government will introduce a secondary licensing scheme in the UK. It is being introduced to allow British licensed online gambling companies to compete better against offshore gambling operators who target the UK market but pay lower tax rates in their offshore jurisdictions.

The minister for tourism and heritage for the Department of Culture, Media and Sport, John Penrose, said that legislation would be proposed this week requiring online gambling firms to pay a license fee. The actual tax amounts has not been disclosed as of yet.

Big bookmaking companies such as Ladbrokes, William Hill, BetFred and Betfair are licensed in offshore jurisdictions such as Gibraltar and, as a result, millions of pounds in revenue are not being made by the Treasury. Furthermore, contributions to the horse racing industry have suffered.

Reports suggest that the UK government could prohibit advertising in the UK by these offshore gambling firms unless they have a British license in additional to their current licenses. The Remote Gaming Association said they would play an active part in developing the new proposal. The Remote Gaming Associations chief executive, Clive Hawkswood said of the government’s plans:

“Now that the Government has confirmed its intentions, we intend to play a constructive part in the process to ensure that the new regulatory and tax regime will provide an environment where Government objectives can be achieved; where the industry can succeed commercially in the global online gambling market; and where the interests of consumers continue to be properly safeguarded.”

Finally, Hawkswood said that it’s “clearly crucial that any new regulatory regime is complemented by a fair and sustainable fiscal regime. We look forward to working with DCMS, HM Treasury, and the Gambling Commission to ensure that all of these issues can be successfully addressed”.