If you’re a fan of Yggdrasil Gaming’s blend of superbly designed, feature packed video slots then we bring good news as the Scandi developer has just released 2 new titles to the UK market, namely, Valley of the Gods and Rainbow Ryan.

Plenty of video slots have taken inspiration from ancient Egypt but Yggdrasil Gaming has managed to come up with something a little different in Valley of the Gods. You’ll see that the 3 positions in each of the 4 corners of the reels are filled with blockers – land a winning combination and 1 of these blockers is removed and the number of ways to win increases. A free re-spin then follows. Another winner on that re-spin and another blocker is removed and another re-spin is awarded.

You’ll start playing on a 45 ways to win game engine – remove all the blockers and the ways to win increase to a whopping 3,125 ways to win. The action doesn’t stop there either – all payouts on the fully expanded machine are boosted by a 2x multiplier and doubled. The Scarab Extra also come into play – collect red or blue overlay beetles to increase the multiplier value or add an extra life. A losing spin with no lives left resets the reels.

As usual, Yggdrasil Gaming has created a cracking looking game here. The usual hieroglyphs are present and correct and they look superb. Likewise, the haunting Arabian soundtrack. Valley of the Gods breathes new life into a classic genre – there are maximum wins of 1,500 times your stake on each spin too.

Yggdrasil Gaming has tried to do exactly the same in its second new arrival, Rainbow Ryan. Irish luck is the theme here. This game takes a rock festival for its setting though. Boasting the usual high-end sound and visuals, this 6 reel game is played using a fixed 4,096 ways to win game engine.

The highlights here are the 2 features – on any spin, Ryan can burst into life, start strumming his guitar and sync between 2 and 6 reels so they show the exact same matching symbols.

Those synced reels feature heavily in the free spins round too – once triggered, you can look forward to up to 20 free spins. Synced reels will be in play on each 1 of them, greatly boosting your chances of landing a decent winning combination.

If you’re looking for a video slot that offers high spec design, innovative extras and volatile action then Rainbow Ryan delivers just that – you can also win up to 2,000 times your total stake on every spin.

Both new games spice up what could be tired old genres, combining top looks with some cracking bonus features. Take both Valley of the Gods and Rainbow Ryan for a spin today at LeoVegas Casino who have over 800 video slots to choose from! You can get up to 120 free spins and up to £1,600 worth of bonuses too. 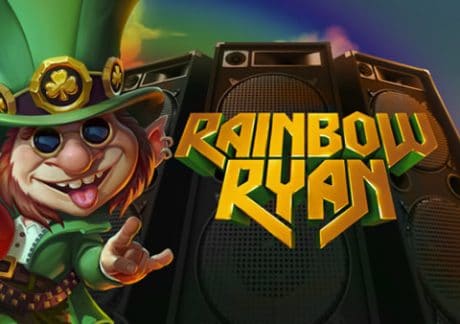 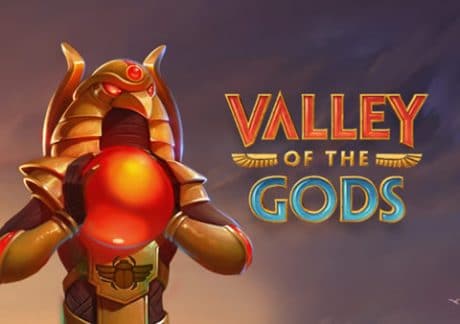