Novomatic has today released the Jaguar Moon video slot where the mystical temple rises from the jungle for potential wins of up to 2,500 times your bet on every free spin.

With 5 reels and 243 ways to win, Jaguar Moon guarantees you savage action in the jungle from as little as 25p per spin across desktop, mobile and tablet devices. Set in a jungle at night-time, you will see gold rings, jaguar paw prints and golden jaguar statues on the reels. You will also get the help of a dauntless huntress who will reward you with up to 80 times your bet for 5 on a payline.

Look out for the Moon Bonus scatter symbol which takes up 2 reel positions – when 3 or more appear on the first 3 reels, you will activate the Free Games feature. Depending on what you see, you can get as little as 8 free spins with a 2x multiplier to as much 20 free spins with a massive 5x multiplier.

If you’re lucky enough to play with the 5x multiplier, you could be in line for payouts of 2,500 times your total bet on every single free spin! Do you dare enter the jungle at night? Read the Jaguar Moon video slot review for full details where you can also try for free.

You can play Jaguar Moon, as well as over 130 other Novomatic titles, at Casumo Casino. They have plenty of other new games from Novomatic including Irish Coins, Eye of the Dragon and Stein Haus. You also have Thunderkick’s Jaguar Temple available exclusively! Sign up now to get 20 no deposit free spins on NetEnt’s Starburst as well as a 100% first deposit bonus up to £300. 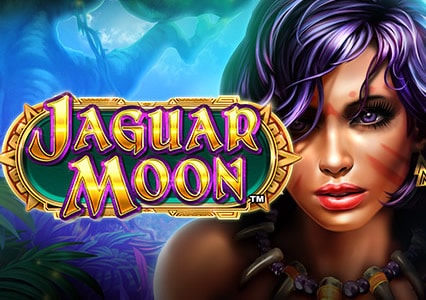