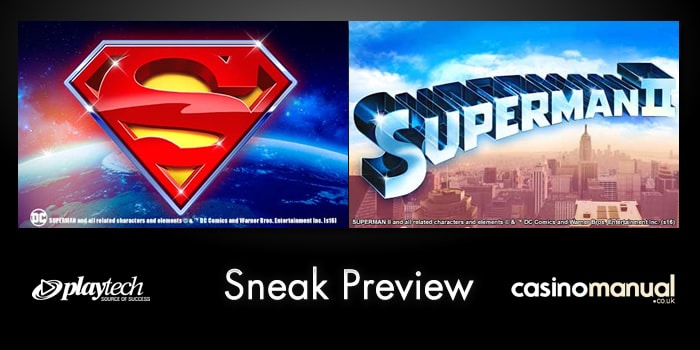 Playtech will be launching both Superman The Movie and Superman II shortly – get a sneak peek of what to expect via the official YouTube videos below.

Playtech announced in February last year (2016) that they’d signed an agreement with DC Comics to develop a series of superhero themed video slots – 2 of them will be released soon. Find out what to expect and watch official trailers below.

Superman The Movie will come with 5 reels and 100 paylines and is centered on the 1978 classic movie. Available on all devices from only 60p a spin, you will see Clark Kent/Superman, Lois and Lex Luther on the reels. With footage from the actual film, there will be 2 bonus features.

The Crystal Bonus feature sees you choose from crystals to win cash prizes, cash multipliers and retriggers. The main attraction will be the Save The Day Free Games feature where you begin with 10 free spins. All wilds that land will be frozen in place – you can retrigger the feature giving you 20 free spins with frozen wilds! To see Superman The Movie, watch the preview video below:

Superman II is centered on the 1980 film and will have 5 reels and 25 paylines. Playable on all devices from 25p a spin, it features Lois Lane, Zod, Ursa and Non on the reels. There’s a randomly triggered Superman Wild feature in the base game where Superman flies across the reels and changes symbols into wilds.

The Daily Planet Headline Bonus feature will give you access to 5 bonus features! The Lois & Clark Bonus feature allows to make picks and win up to 200 times your stake whilst the Battle For Metropolis feature also gives you picks. There are 3 free spins features benefitting from a frozen free spins counter and multipliers up to 5x, 2×2 Phantom Zone wilds with multipliers up to 3x and wilds on the 3 middle reels. See Superman II in action below:

Both video slots will be part of the DC Super Heroes Jackpot network meaning there are 4 progressive jackpots to be won randomly. Another video slot that is part of that network is Green Lantern. This can only be found, for now, at Paddy Power Casino. 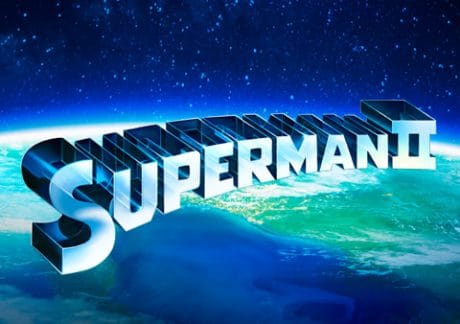 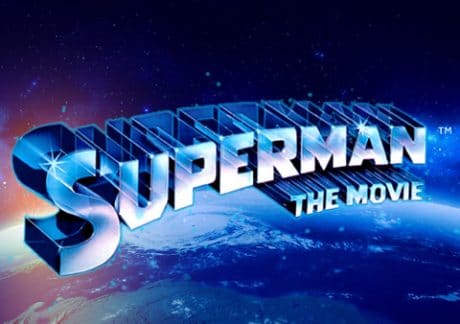