Wild and domesticated animals are the stars of the latest new video slots to hit the online casino shelves, namely King Kong Fury and Claws vs Paws.

Created by NextGen Gaming, King Kong Fury is a prequel to classic movie that transports players to Skull Island, the Pacific Ocean home of the great ape. Played using a 5 reel, 50 payline game engine, it comes with high spec design and some very playable extras.

The highlight is the King of Skull Island Free Games feature where up to 100 free spins can be won initially. Livening up the action during the feature is the Raging Re-Spins feature – land a stacked wild and you’ll be awarded a re-spin with the stacked wild locked in position. You can also retrigger unlimited free spins.

King Kong Fury also comes with a couple of extra bonuses that can hit at random in the base game or the free spins. Up to 15 beast symbols are dropped into play if you land the Lightning Reel extra. Listen out for cries of ‘Kong’ which sees extra wilds dropped onto the screen. The louder the shouts, the more wilds hit. You could end up with up to 12 extra wilds here.

Featuring classy sound and visuals, the is a movie prequel you won’t want to miss – read the King Kong Fury video slot review where you can also try for free. You can play King Kong Fury at Mr Green Casino.

There’s a much more slapstick feel to Claws vs Paws, a 5 reel, 20 payline video slot from Playson. It might sound like the subject of an inane daytime radio phone-in but this contest sees cats and dogs play cops and robbers.

The game comes with 3 base game modifiers. In the Big Win Hacking feature, an animated cat appears and hacks at the reels, transforming symbols so a new winning combination is created. The Winning Streak Re-spins feature award 2, 3 or 4 guaranteed to win re-spins with the Top-Symbols Re-spins feature awarding 3 re-spins where the reels are filled with higher value symbols.

Trigger the Free Spins feature and you’ll win 1 of 3 free spin rounds. They come with sliding wilds, progressive multipliers that can boost payouts by up to 5x and sticky wilds. Look out too for special tokens that can award cash prizes and free spin triggers.

This anarchic tale of cats and dogs is an entertaining one. We’re still no nearer to deciding whether cats are better than dogs. We had a good giggle trying to find out though. Check out the Claws vs Paws video slot review for more details. You can play Claws vs Paws at NetBet Casino. 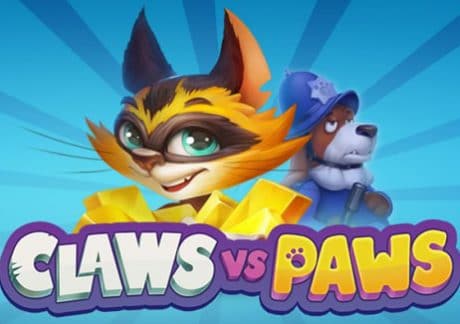 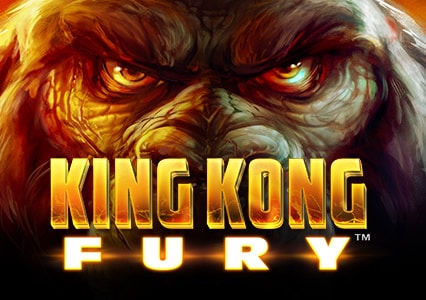