The mean back alleys of a big city and the rugged landscape of an ancient Norse kingdom are the setting for 2 exciting new video slots that have hit the online casino shelves today – Wild Streets and Valkyrie Fire.

Wild Streets is a 5 reel, 20 payline video slot from Red 7 Mobile and WMS that combines classy cartoon visuals with plenty of gameplay. On any spin, you could benefit from a graffiti wild where any symbol that’s sprayed instantly turns into a wild. The Golden Cash Registers feature is a classic pick me feature – choose from the registers and you’ll win a cash prize that ranges from 3, right up to 500 times your total bet.

The Back Alley Cash feature is a trail bonus. Roll the dice and win cash prizes as you go. Make it to the Big Win Truck then spin the Bonus Wheel where awards of between 38 and 1,000 times your bet are up for grabs. There’s also a chance to land 5 potential jackpot prizes with the top one paying out 2,000 times your total bet.

The cartoon design works well here and the range of extras offers plenty of variety. If you’re after some gritty, urban adventure take a virtual stroll along the Wild Streets.

Norse myth and legend is what’s on offer in our second new arrival, Valkyrie Fire. It’s a simple 5 reel, 10 payline video slot from Barcrest. Games from this developer sometimes lack a little something on the design front but they’ve come up trumps here.

You’ll see ravens, howling wolves, a Viking longboat and Loki and Odin spinning around the reels alongside the blonde haired Valkyrie which is wild. Land 5 wilds and you’ll pocket a 1,000 times bet payout. Land a wild in winner with a standard symbol and the payout is doubled.

The main feature is the Free Spins Bonus feature. Once triggered, you’ll receive a payout of up to 500 times your bet as well as 10 free spins. The multiplier wilds are in play during the free spins too. Also helping your winning chances here are the Fire Stacked Wilds which feel whole reels whenever they hit. If you fill the 5 reels with wilds, you’ll win 10,000 times your total bet!

There’s nothing especially complex about Valkyrie Fire. The combination of classy design, free spins, multipliers and expanding wilds is an alluring one though. If you’re after a straightforward take on the increasingly popular Norse theme, then Valkyrie Fire is a pretty good place to start.

Both Wild Streets and Valkyrie Fire are both out now and can be played at LeoVegas Casino – sign up now to get 20 no deposit spins on Net Entertainment’s Starburst or Berryburst MAX. Once you deposit, you’ll get a 100% bonus up to £300 plus 30 more spins. 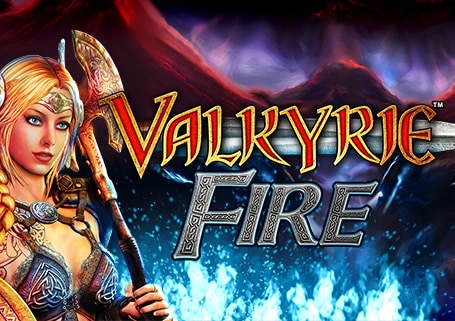