If you enjoyed Jim Carrey’s cult film comedy The Mask then Mr Smith Casino is the place to be as it has just exclusively launched a new video slot based on the anarchic film.

Created by NextGen Gaming, it’s a 5 reel, 25 payline video slot that features all the main characters from the film as well as plenty of extras – the game is due for release on Friday the 25th of May 2018 (in 2 days’ time) but you can play it exclusively early.

Big movie tie-in games are usually well designed and that certainly true of The Mask. You’ll see Cameron Diaz (Tina), Jim Carrey (Stanley) and of course Milo the dog. Stanley’s alter ego, The Mask, is the game’s wild. No complaints about the visuals then. What of the features?

Well, there are plenty of them, starting with the quartet of wild modifier extras that can hit on any spin. The Alarm Block awards a giant 2×2 wild. The Mask appears in the In A Spin extra, turning all Milo, Tina, Moneybags, hat and A to 10 symbols wild on up to 3 reels.

Up to 4 reels can turn wild if the trumpet blast awards By The Horn feature. Get the Mask Unmask feature and Milo adds a giant 3×3 mask over the reels. Any Stanley symbol landing on the mask turns into a wild.

Landing 3, 4 or 5 scatters on the same spin will trigger the Free Games Bonus feature where you’ll get you 10, 15 or 25 free spins. Hope to land a winner that features a wild during these free spins as it provides a multiplier boost that can send payouts rocketing by 2x, 3x, 4x or even 5x. Look out for the masked version of Milo the dog here too – up to 5 extra free spins will be added to your total if you land 1 or 2 of these.

It’s hard to believe that the movie version of The Mask is 25 years old. This video slot version is a very decent adaptation, combining high spec sound and visuals (including clips of the film if you’re a fan) as well as some very playable extras.

Take The Mask for a spin exclusively at Mr Smith Casino – if you haven’t got an account, you will see your first deposit there doubled, up to £200 (i.e. deposit £200, get a £200 bonus). Once you have joined you can look forward to regular offers and giveaways including free spins, bonuses and other prizes. 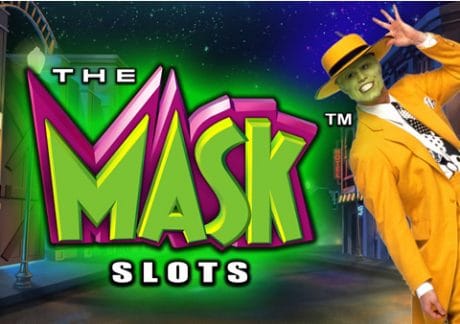