If you like your video slots to come dripping in luxury and offering super high variance action then the latest release from Play ‘N Go, Gold King, should certainly have your interest.

As you’d expect from a game called Gold King, there’s a flashy feel to the design here. A chamber full of golden coins, jewels and treasure is the setting for this 5 reel, 20 payline game. Even the lower value playing card symbols have a golden touch.

They’re joined by amulets, crowns and gold bars. You only need to land 2 of these higher value symbols to create a winning combination. 1 symbol is chosen at random on each spin – this special symbol then spins in giant stacks that are 12 high, boosting your chances of filling a reel with the same symbol.

The real excitement here comes from the Super Spins feature – triggered by landing the scatter on reels, 1, 3 and 5, you’ll then receive 10 free spins. 1 lower value symbol will spin in 8 high stacks throughout with the wild spinning in 6 or 7 high.

Also thrown into the mix during the Super Spins are special expanding symbols – land a winner made up of A to 10 or wild symbols and any of gold bar, amulet and crown symbols will expand to fill the whole reel if it creates a new winning combination. A second payout consideration then follows.

The final element of the Super Spins round is the Golden Spin feature – reels 1, 3 and 5 are all filled with the same Super Stack to offer some potentially massive winning combinations.

Everything you touch turning to gold sounded liked a blessing for King Midas but was in fact a curse. It sometimes feels that way for your bankroll here as the variance is sky. Expect some lengthy losing runs. Watch out when you do trigger the Super Spins feature though as the extra goodies on offer can delivers some potentially golden results.

If you like super volatile action with a hint of bling then Gold King is definitely a game to investigate. Read the Gold King video slot review for more details.

On general release, I recommend you play Gold King at Mr Green Casino – as well as offering a full range of Play ‘N Go titles, they have also released Golden Colts which is exclusive to Mr Green Casino players – it’s a Wild West themed offering with 7 bonus features. 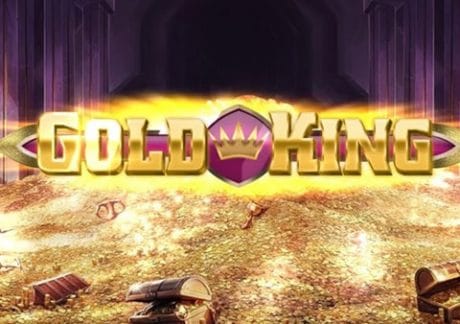