Go ape with a band of monkey musicians in Play ‘N Go’s Banana Rock and join Barcrest’s lucky leprechaun in Rainbow Riches Home Sweet Home, both of which are out now.

The second extra is the Free Spins feature – once triggered, you’ll win at least 10 free spins followed by an Encore Spin feature. Hope to see full stacks of matching band member symbols as they’re collected and boost a multiplier meter whenever they hit.

Once you’ve played out the standard free spins, you’ll play the Encore Spin feature. Any win you hit here gets boosted by the collected meter multipliers. Get lucky and you could get a 25x rocket here. The Rock ‘N’ Rollin’ Re-Spin feature is in play during the free spins round too.

You won’t find many more ridiculous video slots than Banana Rock. It’s highly entertaining though and packs a high variance payout punch with payouts of up to 2,500 times your bet on each Encore Spin.

More supremely silly action is on offer in Rainbow Riches Home Sweet Home. It’s a 5 reel, 50 payline video slot that keeps to the usual recipe of simple design, wild extras and free spins from Barcrest. As you’d expect, the reels are filled with Celtic-style imagery. The gameplay offers something a little different from usual though.

Find a fully stacked leprechaun symbol on reels 1 to trigger the Knock-Knock Bonus feature – above the reels you’ll see 4 doors. Once triggered, between 1 and 4 of these doors will open to reveal a symbol. Any instances of that symbol on the reels below will turn wild and a new payout is made. If a fairy is in the reel doors, she’ll turn between 2 and 5 positions on the reels wild.

Trigger the Free Spins Bonus feature and you’ll receive up to 16 free spins. The Knock-Knock Bonus feature takes place before these begin. The symbols shown in the doors will be wild throughout the free spins. Barcrest has kept to their tried and tested formula here. If you like the lucky leprechaun theme, then you’ll want to take a closer look at Rainbow Riches Home Sweet Home.

Both Banana Rock and Rainbow Riches Home Sweet Home are on general release now – I recommend you play them both at Mr Smith Casino. With over 1,000 video slots to choose from, sign up and deposit to get 25, 100 or 200 cash spins on NetEnt’s Starburst. 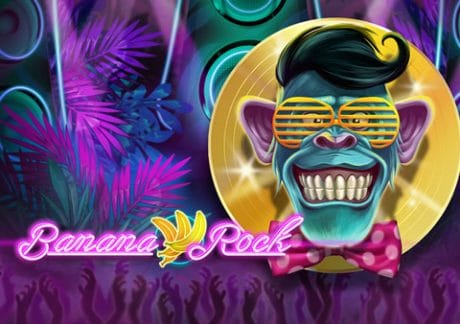 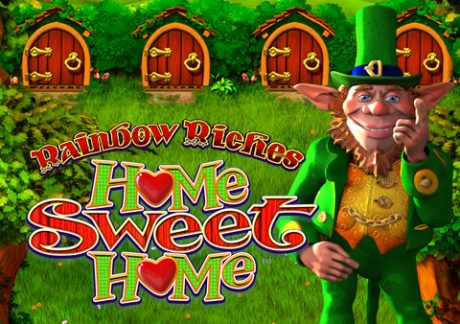