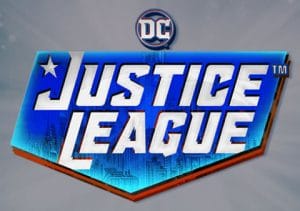 Justice League Comic is a 5 reel, 25 payline video slot from Playtech that’s based on the all-star superhero team from DC Comics. Highlights include 3 bonus features that offer moving wilds and multipliers, colossal and mystery symbols and streak respins. Trigger the free spins for unlimited free spins with multipliers. There’s also a chance to bag 1 of 4 progressive jackpot prizes. Stakes start at just 5p, rising to a massive £500 per spin – on all devices.

The visuals in Justice League Comic owe more to the comic book roots of the Justice League rather than any big screen movie adaptations. Joining the lower value A to J symbols are Aquaman, Batman and Wonder Woman. The top standard symbol is Superman who awards 1, 8 or 40 times your bet. Even more rewarding is the wild which pays 4, 40 or 400 times your bet if you land 3, 4 or 5 on payline.

Land the Bonus symbol in a single payline on reels 1, 2 and 3 on the same spin and you’ll trigger the first feature round. Pick a Bonus symbol which determines which extra you’ll go on to play:

You can look forward to 10, 15 or 20 free spins if you land 3, 4 or 5 scatters on the same spin in the Free Games feature. The action then shifts to an expanded set of reels that offers 4 rather than 3 rows and 40 rather than 25 paylines. You’ll have a starting multiplier of 1x or 2x.

A free spin with 2 scatters adds extra free spins to your total or brings more Bonus symbols onto the reels. A full retrigger is awarded with 3 or more scatters. A retrigger also increases a multiplier. You can land the 3 bonus features during the free spins round too. Multipliers from these can combine with the free spins boosts up to a maximum of 16x.

Justice League Comic is part of the DC Super Heroes network which offers a shot at hitting 1 of 4 progressive prizes. The jackpot round can activate on any paid spin. You’ll then go to a pick me round where matching coloured icons triggers the Mini, Minor, Major or Grand jackpot prizes. The latter can pay 7-figure jackpots!

The design in the Justice League Comic video slot might not have the bells and whistles found in other DC Comics series video slots like Suicide Squad or Batman v Superman: Dawn of Justice. The slightly retro visuals work rather well though.

The gameplay impresses more though – you can fill the reels with wilds in the Free Games feature to win 16,000 times your bet. If you add in the multipliers, the potential max payout can rise to superhero levels. The appetite for all things superhero related shows no sign of slowing down. If you’re a fan, the old school flavoured Justice League Comic slot should hold plenty of appeal.