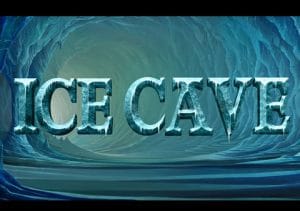 WHERE TO PLAY Ice Cave SLOT

Venture back in time to the age of the Vikings in Ice Cave, a beautifully designed 5 reel, 20 payline video slot from Playtech. This Norse-themed game may be lacking traditional features but it does come with frozen wilds that treble payouts when they hit. Join the warriors from as little as 20p per spin.

It looks like no expense has been spared in designing Ice Cave – set within an icy cavern, the reels include old Norse letters that symbolise power, victory, protection, joy and wealth. More lucrative still are the Viking longship, raven, Fenrir the wolf, a Valkyrie and warrior leader Jarl. 5 of the bearded Viking in row and you’ll pocket 250 times your line stake.

Wilds are central to the action in Ice Cave – there are 2 of them: Ice Wilds and Hammer Wilds. The former only hit on reels 3 and 4 and substitute for all other symbols. When they form part of a winning combination, that payout is boosted by a 3x multiplier and trebled. Appropriately enough, Ice Wilds remain frozen in position until a Hammer Wild hits.

For an extra investment of 10 coins per spin (e.g. 20p per spin will become 30p, 40p becomes 60p etc), you can opt to add Ice Wilds to reel 5. Hammer Wilds also replace all other symbols and boost payouts with a 3x multiplier. These wilds appear on reel 2 only and thaw out any frozen wilds when they land.

You’ll notice that there aren’t any free spins on offer here – or any other bonus rounds for that matter. The only extras on offer are the wilds – they come along at regular intervals though and keep the pace high, so much so that we barely noticed the lack of traditional features.

Get a stack of frozen wilds on reels 3, 4 and 5 for a good number of spins and the cashier can really start to spin, especially with the 3x multiplier.

If free spins are usually a deal breaker, this might well be the video slot to change your mind. Featuring superb visuals, a hypnotic, drum heavy backing track and hypnotic gameplay, a trip to the Ice Cave is a Norse adventure well worth attempting. If you like the theme, there’s plenty of Norse mythology themed titles around with Microgaming’s Thunderstruck II still my favourite.