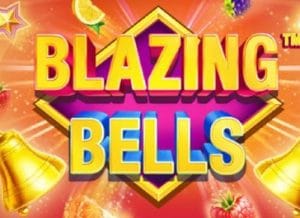 WHERE TO PLAY Blazing Bells SLOT

Potential prizes of over 25,000 x bet are up for grabs in the Blazing Bells slot, a classic fruit machine reboot from Playtech. Played using the All Ways game engine, you’ll have 46,656 ways to win active on each spin. Highlights include collapsing reels where each collapse increases a multiplier by 1x. Trigger the bonus round and you’ll receive between 6 and 20 free spins complete with expanding multiplier that doesn’t reset following a winless collapse. Also in play are special expanding symbols. Did this slot fire us up? Find out in our Blazing Bells review.

The fruity theme in Blazing Bells might be as old as they come. There’s plenty of tasty gameplay to get your teeth into here, starting with the All Ways game engine, multipliers, expanding symbols and free spins.

Each time you land a winning combination a collapse follows. The winning symbols are removed and new ones drop in and replace them. The process is then repeated. The collapses continue until there’s one where no new successful combination is created.

Successful collapses don’t just lead to a chance to create a new combination. They also bring an expanding multiplier into play. Each consecutive collapse increases the multiplier by 1x. In the base game, the multiplier reverts to 1x following a winless collapse.

On any spin you could see a special illuminated symbol appear. These expand to 4 adjacent positions in a cross shape if that expansion leads to the creation of a winning combination.

The gold star is the scatter symbol. It doesn’t offer anything in the way of payouts but it does activate the game’s Free Games feature:

It’s not possible to re-trigger the free spins. The expanding multiplier is in play during the bonus round, increasing by 1x with each successive collapsing reels win. What is different during the bonus round is that it doesn’t reset to 1x following a winless collapse. It can only remain the same or go up.

The action in the Blazing Bells slot takes place on a 6×6 grid. Winning combinations are formed by landing 2 or more matching symbols on adjacent reels. The game mechanic allows for 46,656 ways to create winner.

Stakes in Blazing Bells start at just 10p per spin. For the deep-pocketed high rollers you can take that up to a maximum of £90 per spin. You can set up to 100 autoplay spins. There isn’t an option to set win or loss limits but you can set it up so the auto spins end when you finish the feature round.

The RTP is 96.37% which is about average and nothing too special. What does stand out is the Blazing Bells volatility. We found this to be a high variance slot. The top payouts compensate though as you can win 25,000 x your bet on each spin or free spin.

Playtech has created a very glossy looking fruit machine in Blazing Bells. The setup is very simple but it works very well. The symbols seemingly float on a grid rather than spin in defined reels. There’s a shiny look to the visuals which are impressively done. Likewise, the silky animations. That’s an important factor to consider given all the moving parts that come with a slot with collapsing reels.

You’ll see A to 9 royals alongside lemons, oranges, blackberries and raspberries. The most rewarding symbol is the gold bell. Land 6 of these in combination and you’ll pocket an award equal to 10x your total bet.

The soundtrack is rather generic. It’s not particularly memorable but it’s not offensively intrusive either. It does the job perfectly adequately and fits the theme well enough.

Blazing Bells has been fully optimized for play on iOS and Android handsets. The simple gameplay and lush, colourful visuals work nicely on a smaller device. It’s an enjoyable play on tablet and mobile devices.

The classic fruit machine has come a long way since the days of the 3-reel one-armed bandit. Blazing Bells has its roots in this old school theme but delivers some fresh and potentially exciting gameplay.

It’s a volatile slot too which can deliver some fiery action. That’s certainly the case if you get on a run with the expanding multipliers during the Free Games feature.

We liked Blazing Bells. The combination of classy visuals and potentially explosive action is a playable one, especially if you enjoy high variance action. If you want volatile, collapsing reels action, there are plenty of choices out there. Bonanza Megaways from Big Time Gaming is a good place to start.

What is the Blazing Bells volatility?

Blazing Bells lives up to its name by delivering some potentially fiery action. We found this to be a volatile slot. The key to success is getting on a roll with the collapsing reel wins which brings the expanding multipliers into play.

What is the Blazing Bells maximum win?

It’s possible to win in excess of 25,000 times your total bet in the Blazing Bells slot. The key to winning big is from the increasing multiplier. In the Free Games feature, the multiplier doesn’t reset to 1x after a losing spin meaning it can only increase.

What is the Blazing Bells slot RTP?

The Blazing Bells Return to Player rate is 96.37%. That’s not the highest we’ve come across but certainly not the worst. On average, for every £100 wagered, £96.37 is paid out. Being a high variance game, 1 big win can offset lots of losing spins.

Is there a Blazing Bells mobile slot?

Yes, you can play Blazing Bells on a handheld device. The HTML5 technology means it’s fully optimized for mobile and tablet play on both the Apple and Android operating systems. The visuals and gameplay are well suited to mobile play too.