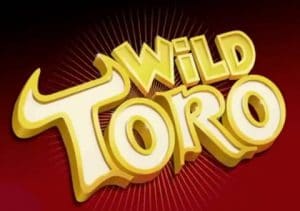 WHERE TO PLAY Wild Toro SLOT

A traitorous matador called Diaz Jr takes on a raging bull in Wild Toro, a 5 reel, 178 ways to win video slot from ELK Studios. Featuring the developer’s usual top-end design, this bullfighting-themed game is a volatile affair that comes with walking wilds that can spread in multiple directions as well as re-spins. Playable on all devices, stakes range from between 20p and £100 per spin.

Wild Toro is a spin-off from the ELK-powered game Taco Brothers – the baddie in that game was the evil jailer Diaz. It’s his matador son who takes centre stage here and it’s fair to say that ELK Studios is firmly on the side of the bull.

A traditional village forms the backdrop to the reels which include bronze, silver and gold coins. More lucrative are a fan and a Seville orange. Most rewarding of all is the red rose which awards 10, 25 or 50 times your total stake if you land 3, 4 or 5 on successive reels. Replacing all other symbol apart from Diaz Jr the Matador and the bull, the Wild Toro logo is the game’s wild.

As usual for a video slot from ELK Studios, the design here is absolutely superb – they’ve not shirked on the features though and there’s plenty to tuck into.

Toro Walking Wilds feature – look out for the bull wild which can land on reel 5 only. It triggers a series of re-spins. On each 1, the bull wild moves 1 position to the left. These re-spins continue until the bull makes it to the left-most reel.

Toro Goes Wild Bonus Game feature – look out here for Diaz during the Toro Walking Wilds feature. When he lands, the bull will change direction and head towards the unfortunate matador. In the process, every symbol the bull passes to reach Diaz will turn into a wild. Once the matador (or matadors) have been defeated, the bull will resume his steady journey towards reel 1 in the Toro Walking Wilds feature.

Matador Respin Challenge feature – land Diaz the matador on the middle 3 reels on the same spin to trigger this round. Here you’ll be awarded 3 re-spins. Hope to see more matadors drop onto the reels as they’ll add an extra re-spin to your total whenever they hit. You’re more likely to trigger the Toro Goes Wild Bonus Game feature here too.

Just like a bullfight, Wild Toro can be a bloody affair for your bankroll – this is a very volatile game. The other side to that of course is that it can deliver big rewards with the relative blink of an eye – up to 2,250 times your total bet on every spin!

We very much enjoyed Wild Toro – boasting an entertaining back story, the visuals here are as good as you’ll find anywhere. The same goes for the soundtrack which bounces along nicely and is perfectly in keeping with the theme. Some video slots that are so well designed sometimes forget about gameplay.

That’s not the case here though. The respins come along regularly and the walking wilds can have a big impact in a short time. With the bull coming on top for a change, the fiesta that is Wild Toro gets a big thumbs up.