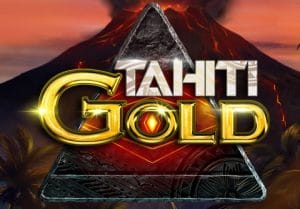 WHERE TO PLAY Tahiti Gold SLOT

After exploring central America in Ecuador Gold, ELK Studios heads to the Pacific in the follow up, Tahiti Gold. It’s a 6 reel, 4,096 ways to win, avalanche reels video slot that comes with colossal symbols, free spins and a game engine that can expand to offer up to 266,144 ways to win. Play this volatile game on all devices from between 20p and £20 per spin.

ELK Studios is usually among the top developers when it comes to design and they’re create another impressive looking and sounding game here. Tahiti Gold is more than just the proverbial pretty face though. There’s plenty going on, starting with the unusual game engine.

The base game action takes place on a 6 reel, 4 row, 4,096 ways to win machine. After a winning combination hits, the successful symbols are removed and a new avalanche takes place with new symbols dropping in to replace them. These continue as long as a new winner hits. Known as the Avalanche feature, the more successive avalanche wins, the more rows activated and the bigger the reel set can become:

It’s not just the reels that are a little unorthodox. The symbols are too. As well as singles, they can appear in 2×2, 3×3 or 4×4 blocks which are equivalent to 4, 9 or 16 symbols. This is called the Big Symbols feature. When an oversized symbol block lands, it can clear away the single to boost you chances of creating a new winning avalanche.

Look out too for the Wild Forge feature which is a block of symbols that can hit on reels 3, 4, 5 and 6. This fills empty positions below it with wilds after an avalanche takes place.

There are a couple of features in Tahiti Gold which can be well worth hitting. Land 2 or more Eye of Tiki symbols on the same spin and they, plus adjacent symbols, will explode to create a new avalanche in the Eye of Tiki feature. Successive avalanches add to the number of rows and the potential ways to win.

Free Drops Bonus feature – 10, 15, 20 or 25 free symbol drops are awarded if you land 3, 4, 5 or 6 scatters on the same spin. The actions starts on the standard sized machine. Successive avalanches open up the reels. They don’t revert back to their standard size after a winless drop either. Open up all 8 rows on all 6 reels for the maximum 266,144 ways to win. Wilds that hit, including the Wild Forge extras, lock in position for any drops you have left.

ELK Studios has taken much of the Ecuador Gold game engine and thrown even more extras into the mix. There are plenty of moving parts on show here but it all comes together pretty nicely. That’s certainly the case if you like high variance action. Ecuador Gold offered wins of up to 2,500 times your bet on each spin – it’s double that in Tahiti Gold.

Well designed as usual, Tahiti Gold delivers plenty of variety and volatility. If that sounds appealing, then you’ll probably enjoy this Pacific adventure.