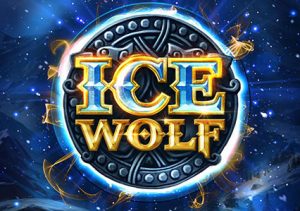 WHERE TO PLAY Ice Wolf SLOT

The frozen Arctic tundra is the setting for the Ice Wolf slot, a superbly designed game from ELK Studios. The base game action uses a 6 reel, 729 ways to win machine. Successive winners open up frozen reels and more ways to win. Reach the summit to bring respins, added wilds, multipliers of up to 50x and up to 74,088 ways to win into play. Stakes in this volatile slot start at 20p, rising to a maximum of £100 per spin.

Head to a wintry, mountainside

The sound and visuals are as high spec in Ice Wolf as we’ve come to expect from a release from ELK Studios. Set against a wintry, mountainside backdrop, the reels are set within a pair of Viking-style wooden wolf motifs. Joining the A, K and Q are a shield, hammer and an axe as well as a trio of gold animal heads. The best of these is the wolf which pays 2, 2.5, 4 or 5 times your bet if you land 3, 4, 5 or 6 in combination.

The reels are divided into 3 sections. The action begins on a 6 reel, 3 row machine which offers 729 ways to win. You’ll notice that further rows are frozen in ice. This is the medium block. Land a winning combination and the ice will start to thaw in the block above.

For example, land a winner with symbols on reels 1, 2 and 3 and part of the rows directly above would open up. A win triggers a respin. These continue until no new winning combination is created. If you unfreeze all positions, you will play with up 74,088 ways to win!

On any spin, you could see a pack of wolves appear. These charge up a row, unlocking any blocked positions and leaving a trail of wilds. A respin then follows with the stack of wilds in position. This is called the Wolfpack feature.

You’ll notice that the top row spins independently and features different symbols. When a whole row is opened up, the extra from the top position is activated. These include sticky wilds and extra spins. You could also activate a multiplier of 2x, 3x, 5x, 10x or 50x. These multipliers apply to any wins and not just ones from that row. With more than 1 multiplier active on the top row, the multipliers are added together for potentially even bigger wins.

The setting in the Ice Wolf video slot might be the frozen north but the gameplay can be pretty fiery. This is a volatile slot with top wins of 2,500 times your bet per respin. It’s a very well designed one too, especially if you’re using a mobile device.

The gameplay focuses on consecutive wins which gives you more ways to win, respins and potential prizes from the top row. Put all that together and we’re happy to recommend a run with the Ice Wolf pack. I would also take a look at ELK Studios’ Voodoo Gold slot which is similar with avalanche reels and offers double the max payout.