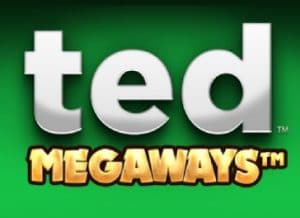 WHERE TO PLAY Ted Megaways SLOT

A potty-mouthed teddy bear proved unlikely inspiration for a hit movie in 2012 but it’s provided the basis for the Ted Megaways slot. Created by Blueprint Gaming, it comes with the usual Megaways formula including mystery transforming symbols, and cascading reels. There’s a Thunder Buddies Bonus feature where you’ll get free spins with an expanding multiplier and a minimum number of Megaways by collecting Ted symbols. Discover how this amped up movie adaptation stacks up on the smaller screen in our detailed Ted Megaways review. Blueprint Gaming’s branded slots are usually very easy on the senses and the Ted Megaways slot is another that combines classy visuals with a catchy soundtrack. Based on the 2012 film starring a potty-mouthed bear who comes to life, the design is nicely done. You’ll get a running commentary from Ted as you play. This can get a bit wearing after a while and has us reaching for the effects button.

It’s all quite simple but works very well. Joining the A to 9 royals on the reels are bottles of beer, a swan, Tami-Lynn (the character played by Jessica Barth in the film) and the Ted logo. Overall, though, the design in Ted Megaways is nicely done.

There are Ted Megaways mobile and tablet slots that deliver the same combination of colourful design and simple, Megaways gameplay. It’s a playable game on a mobile device.

The action in Ted Megaways is played out on a 6 reel machine. The number of symbols varies with each spin. This has an impact on the number of ways you can create a winning combination.

Fully expanded, the reels offer 117,649 ways to win. To create a winner, you’ll need to land matching symbols and/or wild on adjoining reels, starting from reel 1. The more symbols, the bigger the potential reward.

You can play Ted Megaways at a variety of stake levels. They start at 10p per spin, rising to a maximum of £10 per spin. Set your level by clicking on the $ tab. As usual for a Blueprint Gaming slot, autoplay is available. Up to 100 autospins complete with win and loss limits are possible. You can also set to run the autospins indefinitely but tread carefully with this if you’re easily distracted.

The Ted Megaways volatility is on the north side of medium, nudging into the high range. The RTP is 96.03% with the max win at 50,000 x stake per spin or free spin.

The visuals in Ted Megaways are similar to the original 2017 slot release. The gameplay is very different though. The original came with 6 random modifier and 5 triggered features. Ted Megaways is a much more straightforward proposition. There’s no shortage of action here though. There are cascading reels, mystery transforming symbols and a free spins round with expanding multipliers. There’s a gamble element to the free spins too.

After a winner hits, the successful symbols are removed from the game grid and new symbols replace them. If these form a new winning combination, the process is repeated. These cascades keep on coming as long as a new winner is formed. A new payout calculation is made with each cascade.

To the left of the reels you’ll see an animated Ted. Ted can appear on the reels on any spin with a ray gun. He’ll fire off a volley of rays at the reels, adding loads of lightning bolts symbols to the reels. Any of these symbols that land in the game grid all transform into the same symbol.

A payout consideration is made after the transformation has happened. You can land the mystery symbols feature in both the base game and the bonus round. To trigger the Thunder Buddies Bonus feature, you’ll need to land 4 bonus scatter symbols on the same spin. Your reward is 12 free spins. There are extra spins awarded if you trigger with more than 4 scatters.

You’ll then have to make a decision. You can play your 12 free spins as awarded. Alternatively, you can have a crack at spinning the Thunder Wheel. This is filled with different combination of free spins, starting multipliers and Megaways. You could end up with less than your original haul though.

Get lucky here and you can give your starting multiplier a big leg up. During the free spins, every cascade win increases your multiplier by 1x via the Unlimited Win Multiplier feature.

Look out for the Ted symbol during the free spins. Each Ted that hits is collected in a meter. Collect 3 and Ted increases the minimum number of Megaways that are active on that and any subsequent free spins. This is known as the Megaways Upgraded feature.

You can fill the meter with Ted symbols multiple times – you can keep track with the meter to the left of the reels. The enhanced Megaways alongside the expanding multipliers can deliver some big potential rewards.

Like with many Megaways slots, you have the option to buy your way into the main bonus feature. Known as the Bonus Bet feature, it will set you back 150 x your total bet. Unfortunately, this isn’t available to UK players.

There’s not the same range of extras in Ted Megaways that you’ll find in the original Ted slot. There’s loads of gameplay here though courtesy of the Megaways mechanic and the cascading reels and mystery symbols that come with it.

The best opportunities arise in the Thunder Buddies Bonus feature where the multipliers and minimum Megaways can quickly combine to get the coins flowing. Be warned though, the volatility is in the medium to high range.

If you enjoyed the original movie, Ted Megaways should appeal. The same is true if you like Megaways slots. It’s not hugely original but ticks all the usual Megaways boxes.

What is the Ted Megaways slot max win?

The most you can win from the Ted Megaways slot is 50,000 x your total bet. This can be won on any spin but your chances increase in the Thunder Buddies Bonus feature as there’s an unlimited multiplier and a minimum number of Megaways by collecting Ted symbols.

How does the Ted Megaways free spins feature work?

In Ted Megaways, the free spins is called the Thunder Buddies Bonus feature. It comes with a multiplier that increases by 1x with each cascading reels win. Collect Ted symbols to increase the number of Megaways active on each free spin too. This can lead to a guaranteed 117,649 Megaways on each free spin.

Can you play Ted Megaways on a mobile?

Yes, Blueprint Gaming has created a Ted Megaways mobile slot which has been fully optimised for Android and iOS devices. It works very well on the smaller screen.

Is this the same as the original Ted slot?

The design is similar but the gameplay in Ted Megaways is different to the original feature-filled Ted online slot. This one comes with cascading reels, mystery symbols, free games and of course, the Megaways game engine.