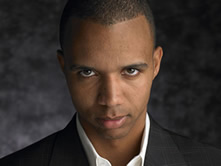 Phil Ivey, who is a member of Team Full Tilt, is suing Tiltware for non-payment of player funds. The Full Tilt Poker professional poker player made a formal announcement on his official website as well as on his Facebook page.

Phil Ivey stated that he is “deeply disappointed and embarrassed that Full Tilt players have not been paid money they are owed”. He also went on to say to that he’s “equally embarrassed that as a result many players cannot compete in tournaments and have suffered economic harm”.

Furthermore, Phil revealed he will not be competing in the 2011 World Series of Poker (which is held in Las Vegas) as he believes it is not fair that he competes when others cannot due to having their funds not returned. He went on to say that his name and reputation has been “dragged through the mud”.

Phil also said that he refused to “remain silent any longer” due to the inactivity and indecision of others. As a result, he has “electronically filed a lawsuit against Tiltware related to the unsettled player accounts”. He reasons for this were summed up by saying: “I whole heartedly refuse to accept non-action as to repayment of players funds and I am angered that people who have supported me throughout my career have been treated so poorly”.

Phil Ivey is a 35 year old professional poker player sponsored by Full Tilt Poker. He is third on the poker game’s all time money list with earnings of nearly £8.6 million as he has won 8 World Series of Poker bracelets, 1 World Poker Tour title and appeared at 9 World Poker Tour final tables. Phil is known as one of the best poker players around.