NextGen Gaming has released 2 new video slots – you have the medieval themed Queen of the Castle and the five-card poker/classic fruit machine combination AbraCARDabra which has been produced with betdigital.

AbraCARDabra combines a five-card poker game with a classic fruit themed machine – playable from just 1p a go on all devices, this magic themed title benefits from a cheesy soundtrack and classic slot machine symbols on the poker cards.

Once you see 5 cards, you choose to hold 1 more cards to create winning poker hands. You can win by getting 3 or more of any symbol with 5 blue 7s rewarding you with a whopping 10,000 times your total bet! There’s also a Magic Hat feature which is triggered randomly – new cards will ensure you get a winning combination.

The main attraction is the AbraCARDabra Bonus feature where you can benefit from a multiplier up to 10x on your winnings – the key is to form wins from the cards. When you do, the remaining cards shuffle to give you new wins. This carries on until the Cards Remaining counter is at zero. Bonus cards will also increase the multiplier to further boost your wins.

Queen of the Castle – NextGen Gaming

Queen of the Castle has been appropriately released just in time for the Royal Wedding and comes with 5 reels and 576 ways to win. Playable from 40p a spin on all devices, it’s set in Medieval England and sees velvet red thrones, money bags and little dogs (corgis) on the reels.

There’s a Purple Mystery Chest Reveal symbol which works like the Red one – all gems and Red Mystery Chest symbols are replaced which then turn into a mystery higher paying symbol.

It’s all about the Free Games feature where you’ll get 14 free spins – look out for Crown symbols as these fill the Tower Meter. With 4 levels to achieve, you’ll benefit from increased ways to win (up to 3,087 ways to win) as well as additional free spins. There’s up to 3,100 times your bet to be won on every spin.

You can play both AbraCARDabra and Queen of the Castle at Casumo Casino – with 20 no deposit Starburst spins on registration and a 100% match bonus up to £300 on your first deposit, they are giving 1 lucky player £5,000 each day until the 2nd of June (2018). 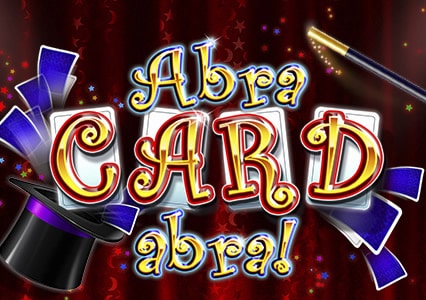