If you enjoy playing video slots that come with plenty of volatility then we’ve got 2 cracking new releases for you in the form of Raging Storms and Rich Wilde and the Tome of Madness.

The gods of rain, ice, wind and lightning take centre stage in Raging Storms, a 5 reel, 25 payline video slot from IGT. There are 2 exciting features on offer in Raging Storms. Keep a special eye out for the Storm Wilds that can appear on reels 1 and 5 only. When they hit, they shift 1 position to the left or right horizontally or diagonally until they drop of the reels.

These Storm Wilds can really come into their own if they collide and end up in the same position. They then expand into a 2×2, 2×3, 3×2 or 3×3 symbol. These wilds can also deliver multiplier boosts of between 2x and 10x.

The second feature is the Free Spins Bonus feature. You’ll then be offered the pick of 4 free spins and stacked symbol combinations. The more valuable the symbol, the fewer the free spins and vice versa. You’ll end up with between 7 and 25 free spin here. Also in play are Mystery Multipliers of up to 10x. The Storm Wilds can hit during the feature too.

There are retriggers available until all Storm Wilds are used – with up to 999 possible. There are wins of 3,333.33 times your bet available on every spin or free spin. Some of IGT’s recent releases have been a little disappointing. Raging Storms really hits the spot though. The design is classy and the high variance gameplay can deliver some top action.

Rich Wilde and the Tome of Madness – Play ‘N Go

As usual for a Play ’N Go game, the design in Rich Wilde and the Tome of Madness is nicely put together. What’s slightly unusual for a video slot from this developer is the complexity of the gameplay. The symbol drops and cluster pays are straightforward enough. The extras take a little getting used to though.

Look out for Eye Marks which are special positions in the grid. If a winner lands in 1 of these positions, 2 special wilds are added on your next winless drop. Central to the action here is the Portal to the left of the grid. Land successive symbol drop wins to fill the Portal with symbols and in the process bring some modifier extras into play.

As well as adding extras wilds, you can remove rows, columns and specific symbols to create new drops. You could also see mega wilds and up to 12 Eye Marks in play. The more symbols you collect the better the rewards, complete with free spins with Portal extras.

If the gameplay is a little different, one thing we can rely on from Play ’N Go is high variance and Tome of Madness doesn’t disappoint on that score. This is an incredibly volatile slot.

Rich Wilde’s latest outing isn’t quite as straightforward as some of his earlier adventures. Rich Wilde and the Tome of Madness takes a bit of getting used to but if you like super volatile treasure hunts then it shouldn’t disappoint.

Play at All British Casino

Both Raging Storms and Rich Wilde and the Tome of Madness are out now and available at All British Casino. The UK-focused online casino has video slots from IGT, NetEnt, Microgaming, Play ‘N Go, WMS, Barcrest, ELK Studios, Blueprint Gaming, Thunderkick, NextGen Gaming, Novomatic and many others. 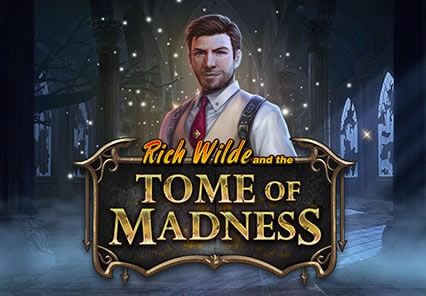 Rich Wilde and the Tome of Madness 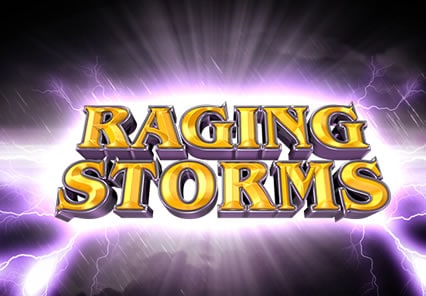