NetBet Vegas are the first online casino to release Dirty Dancing from Playtech – read about this progressive jackpot game and all its features.

Dirty Dancing is brought to you by Playtech and is a progressive jackpot title with 5 reels and 40 paylines. Available to play on desktop, mobile and tablet devices from just 40p a spin, the game is the official video slot of the 1987 musical romance film which became a worldwide box office hit.

You get to retell the greatest love story of all time as you spin the reels with Johnny (Patrick Swayze) and Baby (Jennifer Grey). Starring the characters from the film as symbols on the reels, there’s a Mambo Free Games feature where you spin the bonus wheel to win mambo modifiers such as more free spins, 2x multipliers and dancing wilds. The Dancing Wilds are stacked on all reels and remain for the duration of the feature.

You also have the Dirty Dancing Bonus feature where you get to fall in love with Johnny and Baby all over again – you pick boxes to win cash prizes and items – 3 items will advance you to the next round with 6 stages available – if you finish all 6, you will play the Time of My Life Jackpot game where there’s 2 progressive jackpots to be won!

There’s also a Whirling Wilds feature where Johnny and Baby dance across the reels adding up to 6 random wilds on the reels. With actual footage from the iconic movie, start dancing today with the Dirty Dancing video slot review.

NetBet Vegas has also released Batman & The Joker Jewels, Batman & Catwoman Cash and The Flintstones today (which are all powered by Playtech). They have a very strong video slots offering all from Playtech and Ash Gaming.

Get started with NetBet Vegas 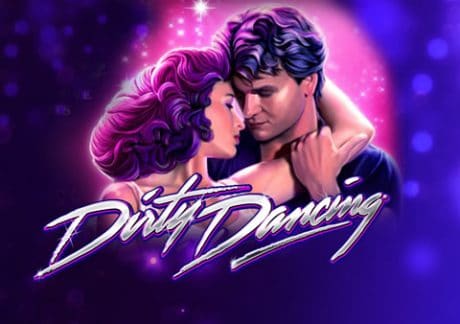