There’s a hint of autumn in the air which means the creepiest time of the year is on the horizon. We are of course talking about Halloween. One of the year’s most eagerly awaited launches is Halloween Jack and we’ve been given a sneak peek of what we can expect from developer Net Entertainment.

Set to be released on the 24th of October (2018), Halloween Jack will be a 5 reel, 20 payline video slot that combines fantastically creepy design with some cracking features. Central to the action are wilds, starting with the Jack-O-Lanterns that can strike in the base game. Whenever these wilds hit, you’ll be awarded a re-spin with the Jack-O-Lantern wild moving 1 reel to the left. These walking wild re-spins keep on coming as long as there’s a wild on show.

The main bonus offering will be the Free Spins feature. Once triggered, you can look forward to 10 free spins with plenty of wild extras. Look out for the lamps that can land on reel 5. These are collected in a meter to the side of the reels.

Collect 3 of them and you’ll unlock 2-symbol high Hell Hound Wilds. After you’ve grabbed 6, you’ll unleash the 3-symbol high Jack-O-Lantern Wild. With 9 lamps, you’ll activate the Grim Death Expanding Wild. These all move across the screen zombie-style, moving 1 reel at a time.

The standard Jack-O-Lantern lantern wilds can strike in the bonus round too which will bring the Walking Wilds into play. Landing bonus symbols can re-trigger even more free spins.

Many video slot developers play their Halloween-themed games for laughs and have a comic horror feel. Halloween Jack appears to be light on laughs if the preview is to be believed. The graveyard setting is terrifically well done and even the lower value royal symbols are covered with creepy looking zombie hands.

Many staple symbols of the horror genre are present and correct which gives the game a very chilly atmosphere. That’s true of the menacing backing track that plays as you spin. NetEnt looks to have packed plenty into its forthcoming arrival. It will also offer payouts of 3,000 times your bet on every spin! Take a look in the official YouTube trailer below:

If you feel Halloween is too far away and you’re still clinging on to the last few days of the disappearing summer, there’s plenty of summer themed video slots to play. You have Yggdrasil Gaming’s Sunny Shores, ELK Studios’ Sam on the Beach, Thunderkick’s Sunset Delight and NetEnt’s Berryburst (and Berryburst MAX).

However, I recommend Quickspin’s Spinions Beach Party which is a highly volatile 5 reel, 25 payline offering. Loosely based on minions, it comes with Spinions wilds that trigger the Spinions Sticky Wild Respin feature where you get respins as long as Spinion wilds land. There’s a Beach Club Free Spins feature where you will get 10 free spins as well as sticky Spinion wild symbols. 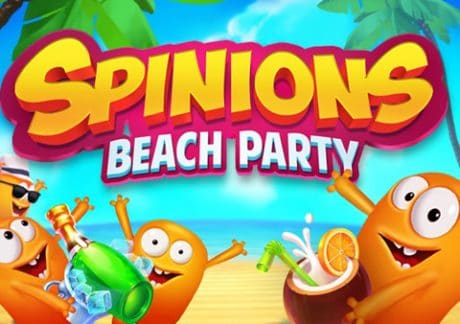