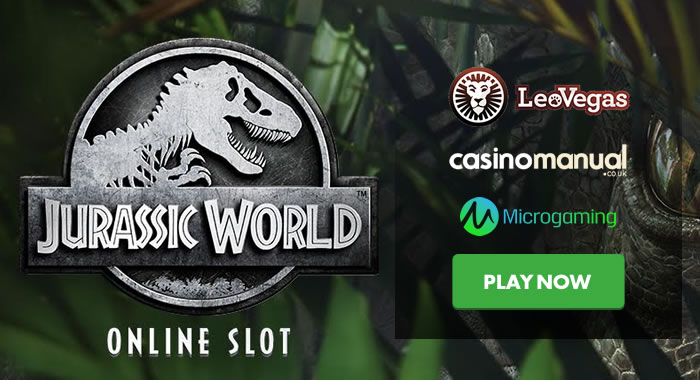 The much-anticipated Jurassic World slot from Microgaming has hit the virtual shelves with the slots players of LeoVegas Casino among the first to take it for spin.

Now live at LeoVegas Casino, Jurassic World is based on the 4th instalment of the classic dinosaur-themed film franchise. As you’d expect from a movie tie-in game from Microgaming, we’re in safe hands as far as design is concerned.

This is a glossy, high-def affair that features a mountainous backdrop and an array of dinosaurs and characters spinning around the reels. Look out too for the bones which are wild and can spin in stacks that are 15 symbols high. There are plenty of features to get stuck into here too.

To trigger them, land 3 or more amber fossil symbols on the same spin. What you get is triggered at random until you’ve landed the bonus 15 times. Then you’ll get to pick. On offer are:

Gyroscope Valley feature – here you’ll get 10 free spins. Every time you have a winless spin, a multiplier increases, up to a maximum of 7x. Land a winner and it reverts back to 1x. Your final free spin is guaranteed to be a winner here too.

Raptor Den feature – again 10 free spins are on offer. Any scatters that land turn into sticky wilds until 3 of them are on show or you’ve played out your full allocation of 10

Creation Lab feature – your 10 free spins are played out on a new set of rolling reels where winning symbols are blasted away and replaced by new ones from above. These continue until there’s a reel roll without a winner. Look out for the wilds that lock into place for 3 free spins.

There’s also the Indominus feature which triggers at random in the base game then the Indominus Rex dinosaur rumbles into view – it can deliver instant win prizes of up to 1,000 times your total stake!

Jurassic World is 1 of the most popular film series of all time and this video slot version does the franchise justice, combining high-end sound and visuals with some potentially exciting features. For full details, check out the Jurassic World video slot review. 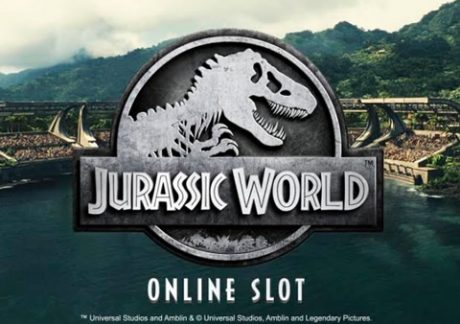