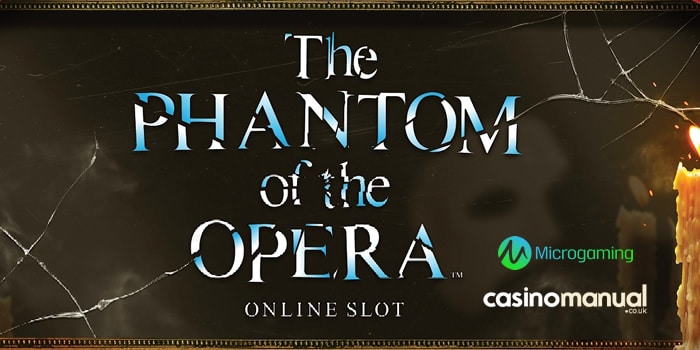 Microgaming has announced today an agreement to develop a video slot based on The Phantom of the Opera 2004 movie.

The agreement was announced this morning at the ICE Totally Gaming 2017 conference at the ExCeL in London. Made with The Really Useful Group, the video slot will be based on the 2004 film of Andrew Lloyd Webber’s The Phantom of the Opera.

The musical was first released in 1986 with the 2004 film going on to gross over $154 million worldwide. The video slot version is due for release later this year and will use the main characters from the film, musical numbers and original footage.

“The Phantom of the Opera has had unequivocal success, played to over 140 million people worldwide! It’s exciting to be working with a musical, a new genre of branded content for Microgaming, extending and broadening our portfolio of games. Due out in Q3, this game will be a true celebration of the world’s biggest opera, balancing a healthy mix of base game features with a feature-packed free spins round.”

The Phantom of the Opera musical is one of the most successful entertainment pieces of all time with more than 140 million people watching it in over 35 countries throughout the world. It’s been running for 31 years and acclaimed 70 major theatre awards.

Microgaming is no stranger to branded content with Battlestar Galactica, Bridesmaids, Game of Thrones, Jurassic Park, Playboy, Terminator 2 and Tomb Raider Secret of the Sword available. They will also be releasing Jurassic World later in 2017.

I recommend you play Microgaming slot games at BetVictor Casino – they have titles from Net Entertainment, IGT, Play ‘N Go, Novomatic, NextGen Gaming, WMS and many others. CasinoManual.co.uk readers are welcomed with an exclusive 200% match bonus up to £200 (i.e. deposit £100, get £200 free) plus 200 Starburst free spins once you deposit.