Ladbrokes Casino has released the new The Dark Knight Rises video slot which takes you to Gotham City and you side by Batman or Bane in this blockbuster inspired offering.

You join the Caped Crusader in The Dark Knight Rises which is powered by no other than Playtech – part of the DC Super Heroes Jackpot network, it comes with 5 reels and 576 ways to win. You can spin away from as little as 40p a spin on all devices as usual.

Graphically superb, the 2012 inspired video slot comes with stacked symbols and a range of bonus features. You have the Fire Rises feature where the 3 middle reels show the same stacked symbol – reels 1 and 5 show multipliers up to 5x which can combine to give you 25x multipliers!

The best is the Gotham City Reckoning Free Games feature as both Batman and Bane become wild when landing on the 3 middle reels. There’s also 4 progressive jackpots to be won at random with the Grand Jackpot worth nearly £200,000. Read The Dark Knight Rises video slot review for full details.

As mentioned, The Dark Knight Rises is available to play at Ladbrokes Casino – new players are treated to a massive 100% first deposit bonus offer up to £500. For example, deposit £500 to get a £500 bonus and play with £1,000 in total. 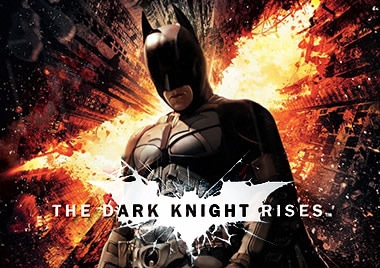