Just For The Win and Microgaming have teamed up once again to release Rainbrew – it’s an Irish luck themed game where you are taken to a leprechaun’s brewery.

With 5 reels and 243 ways to win, you can play Rainbrew from as little as 10p per spin across desktop, mobile and tablet devices. Set in a leprechaun’s brewery, you will see smoking pipes, barrels of special brew and 2 leprechaun characters on the reels.

Rainbrew also comes with a Free Spins feature where up to 10 free spins can be awarded – wilds stop of the same positions on both horizontal reels and connect to give you regular wilds in-between them. This allows for 3 wild columns on every single free spin – you can also win extra free spins.

With payouts of 2,720 times your bet on each free spin, Rainbrew may sound a little complicated but it’s actually quite simple once you get playing – check out the Rainbrew video slot review for full details. You can also watch the official YouTube trailer to see the game in action: 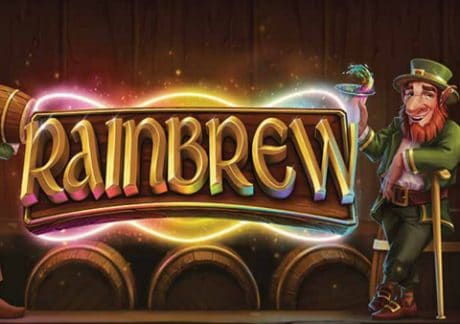