The classic fairy tale of Snow White has been given a radical overhaul in Dwarfs Gone Wild, the latest video slot release from Quickspin that has just gone live.

You won’t find many better developers than Quickspin when it comes to design and Dwarfs Gone Wild is another terrific looking title. As you’d expect, a mine shaft forms the backdrop to the action here. You might reasonably expect to see Dopey, Sneezy, Happy and the rest of the gang.

As we said in the intro though, Dwarfs Gone Wild is an updated version of the old story and the dwarfs here are Banker, Bomber, Racer, Huntsman, Blacksmith, Wizard and Strongman. Whenever you land a winner made up of a dwarf, it’s collected in 1 of 7 meters. Once a meter is full, you’ll be awarded a Golden Minecart which become active during the Golden Minecraft Free Spins Bonus feature.

The Golden Minecraft Free Spins Bonus feature is triggered by landing the scatter on reels 2, 3 and 4 on the same spin. Your reward will be 7 free spins. The Golden Minecart from the base game awards a modifier extra – the more Minecarts collected, the more modifiers on offer.

Extra goodies include rolling wilds which move 1 reel to the left with each free spin, spreading wilds that can expand to 2 or 4 symbols, between 2 and 5 randomly positioned wilds, up to 2 reels of stacked wilds, a wild placed in the optimal winning position, 3, 4 or 5 extra free spins or a win multiplier of 2x, 3x or 5x. And breathe out!

Land a Snow White symbol on the middle reel to trigger the Magic Mirror feature. You’ll then receive a pair of respins. On those respins, 300 extra top-paying Snow White symbols are added to the reels.

This modern-day reworking of a favourite story works well. Visually, it’s as good as you’ll see anywhere. The features impress too, especially the Golden Minecraft Free Spins Bonus feature. The medium to high variance means it’s not the easiest to trigger but the Golden Minecraft modifiers can work some magic – there’s a cool 2,535 times your bet to be won on every free spin!

Even if you’re not usually a fan of the fairytale theme (which we aren’t), the combination of high spec sound and imagery and some top features make Dwarfs Gone Wild worth a spin.

You can play Dwarfs Gone Wild at Casumo Casino who have also just released NetEnt’s Witchcraft Academy (yesterday). With 100s of video slots to choose from, sign up now to get 20 Starburst free spins with no deposit needed. When you deposit, your deposit amount will be met with a 100% match bonus up to £300. 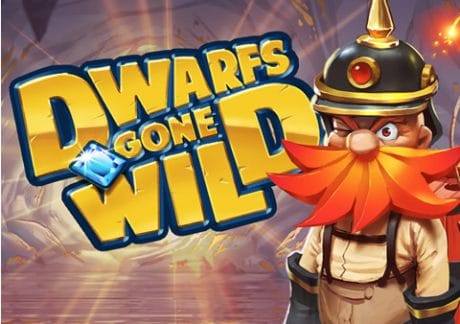