Net Entertainment will be releasing the Berryburst video slot on the 23rd of August (2018) and it looks like a Starburst sequel – let’s take a closer look.

For starters, Berryburst has 5 reels but uses the Cluster Pays game engine found in other NetEnt titles like Aloha! Cluster Pays and Lost Relics. It will be playable from just 10p a spin on all compatible devices – so, Starburst and Berryburst will use different game engines.

When it comes to the theme, Berryburst resembles an ice-cold fruit drink as you will see limes, raspberries, oranges and berries as symbols. With a summer feel to it, Berryburst will only offer 1 bonus feature based on wilds and re-spins.

The ice cube symbol is the wild and can appear on all 5 reels – when it does, it expands to give you a fully wild reel as well as triggering the Re-Spin feature. The wild reel locks in place with the other reels respinning. If another wild appear, it also expands with another re-spin awarded.

In total, you could get 5 wild reels and a few re-spins which can lead to wins of 1,868 times your bet overall. If you like take Starburst, a wild appearing on any of the 3 middle reels will expand and remain locked in place with a re-spin awarded – you can benefit from up to 3 wild reels which each of the re-spins awarding you with up to 500 times your bet.

I think there are a lot of similarities between Berryburst and Starburst – the themes may be different but the expanding wilds that lock in position and the subsequent re-spins is the same. Berryburst offers you the possibility of 5 wild reels as opposed to 3 on Starburst.

With more re-spins on offer and 5 possible wild reels compared to 3, the maximum win is higher in Berryburst than Starburst. I think Berryburst may become the new Starburst so I’m excited for its release – to see the game in action for yourself, watch the official YouTube trailer below:

If you want to play Starburst, or any other NetEnt video slot for that matter, head to NetBet Casino where you can get up to 200 free spins to use on any NetEnt game. Sign up and deposit using the code EXCLUSIVE1 to get a 100% match bonus up to £200 as well as 25 NetEnt free spins.

Get your exclusive offer at NetBet Casino
18+, New Customers Only. T&Cs apply. www.begambleaware.org. 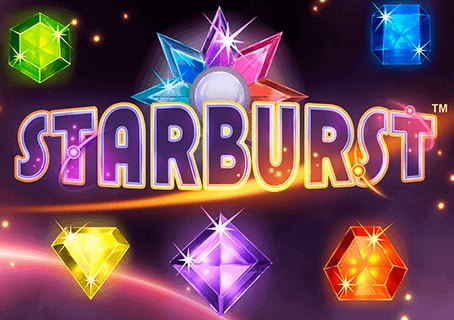