Created by IGT, King of Macedonia is a 5 reel, 40 payline myth and legend-themed video slot. Highlights of this ancient adventure include the dandyish monarch who is the wild and can land as a giant symbol and fill the whole of the middle 3 reels on a single spin.

Keep a special eye out too for the shield- when this lands on reel 1, it boosts payouts by 2x, 3x, 5x or even 10x. Land the shield and a king on the same spin and you’ll trigger the King Free Spins Bonus feature and be awarded 8 free spins. The wild(s) from the triggering spin is locked in place throughout the feature to give your winning chances a decent leg up.

Visually, King of Macedonia impresses. Better looking than many IGT-powered games you’ll see a selection of scrolls, lutes, pots, vases, jewel boxes and horses spinning around the reels. Very lovely it all looks too. If you enjoy the classical theme, then King of Macedonia is certainly worth a look.

A complete change of pace comes from Hugo 2. This second outing for Play ’N Go’s cartoon troll comes with the same high spec design and funky features as the original. There are 2 bonus features on offer. In the free spins round, our cuddly hero rides along a railtrack collecting money pouches and coins which add multipliers of up to 8x and extra wilds into play.

The second extra, the Skull Cavern Bonus feature, is a multi-stage picks round. The aim is to try and cross a cavern by selecting pedestals which in turn reveal instant cash bonuses. If you successfully steer Hugo to the opposite side of the Cavern, you’ll pick a key – open the treasure chest where even bigger potential rewards are on offer.

As you’d hope from a Play ’N Go title, the cartoon-style sound and visuals here are terrific. They’ve added some juice to what could have been vanilla pick me and free spin rounds too. If you enjoyed Hugo’s first outing then you should find plenty to like in this sequel. Even if you missed out on the original Hugo, the combination of slick visuals and some fresh features make Hugo 2 well worth a look.

Both Hugo 2 and King of Macedonia are available to play at Mr Green Casino – they’ve started celebrating the festive period early with a total of £1,000,000 worth of prizes up for grabs. As a CasinoManual.co.uk reader, you’re in for a real treat as you’ll get 20 no deposit free spins on Starburst. 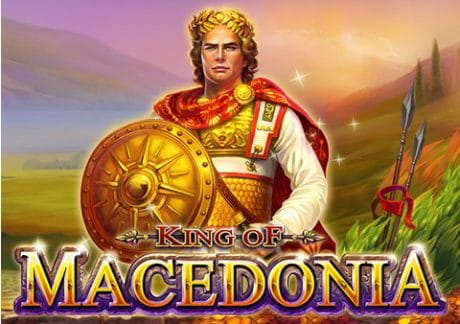