With the sun shining and the World Cup in full flow, you’d think there would be few new video slots being released – on the contrary, there are many new titles being released lately. You have 3 new games from IGT, Quickspin and Playtech to enjoy.

Powered by IGT, Electric Tiger is a 5 reel, 15 payline offering sees the Electric Tiger wild symbol expand to reward you with a wild reel when it appears on any of the 5 reels (the Expanding Wilds feature). You also have the Wheel Bonus feature where you get 1 spin on a high value wheel to win up to 500 times your stake.

I prefer the Wheel Shot Bonus feature though as there are various wheels where you can jump between – you collect cash prizes along the way with up to 500 jumps possible! Read the Electric Tiger video slot review for a full rundown.

Powered by Quickspin, Eastern Emeralds will be released on the 10th of July (2018) but it’s been launched exclusively early. With 5 reels and 20 paylines, you are taken to the heart of the Asian wilderness where Multiplier Wilds combine to give you massive multipliers in the base game.

They also apply in the Destiny Bonus feature where you choose from free spins and multiplier wild options. Going for less free spins can give you wild multipliers than combine to reward you with a massive 1,680x multiplier on every free spin – with wins of up to 2,667 times your bet on each free spin, make sure you check out the Eastern Emeralds video slot review.

If multiplier wilds appear on all 3 reels, you could win 10,000 times your total bet – on each respin. Visit the Royal Respin Deluxe video slot review for more details. 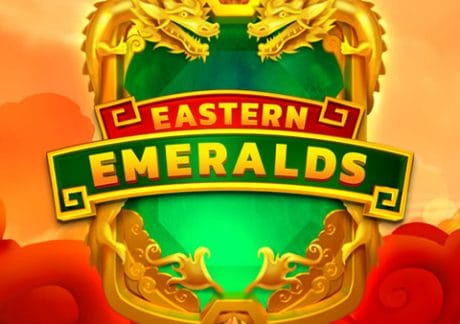