January 2020 Get Excited about the New Premier League Season by Winning 1 of 4 £2,500 Game Packages

Wondering what to do now the World Cup is over? Well, the Premier League starts in 3 weeks’ time and Paddy Power Casino want you to get excited about the new season by giving away 4 game packages worth £2,500 each as well as lots of bonuses.

The Premier League Prize Draw promotion runs until the 12th of August (2018) and is split into 4 separate draws – each draw gives you the chance to win a Premier League game package worth £2,500 as well as £1,000 in casino bonuses.

When it comes to casino bonuses, you can win between £5 and £50 – these bonuses only come with 1x wagering requirements. As for the Premier League packages, they are for a Premier League game of your choice and includes hospitality and travel to and from the event.

To win, you need to stake £10 on the eligible video slots – this will get you 1 ticket for the relevant prize draw. Here are the dates of the 4 prize draws:

In terms of wagering, the more you play, the higher your chances of winning. The list of eligible video slots is extensive with the majority of games being powered by Playtech (some Ash Gaming). Here’s our top 3:

Vampire Princess of Darkness is a 5 reel, 5 payline game that has a vampire/horror theme. Look out for the Graveyard Bonus feature as you choose from graveyards to win cash bonuses. The biggest wins will come in the base game as the symbols are of high value – the haunted castle can fill the reels to give you returns of 7,500 times your bet on every spin.

Terminator Genisys is a 5 reel, 25 payline title based on the blockbuster film. There’s a Terminator Car Chase Bonus feature where cash bonuses and multipliers can be won if you help Sarah and Kyle evade the T-1000. With amazing graphics and footage from the film, there’s also 2 free spins features where you can win multiplier wilds up to 5x and benefit from stacked wilds.

Raiders of the Hidden Realm

Raiders of the Hidden Realm is a 5 reel, 40 payline offering which sees you join Morgana, Sparks and Striker. With an epic fantasy theme, the shuffle feature rewards you with winning combos in the base game. More importantly, it comes with 3 free spins features based on each of the raiders – you’ll get frozen wild symbols, more highly rewarding Morgana symbols and multipliers up to 25x.

Sign up now and choose from 2 welcome offers – here are your choices: 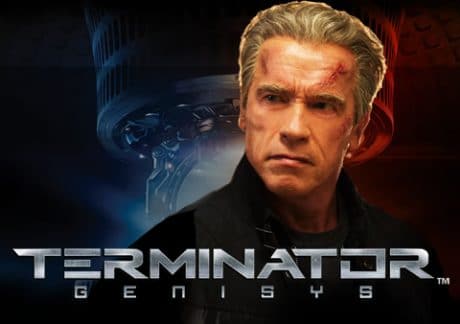 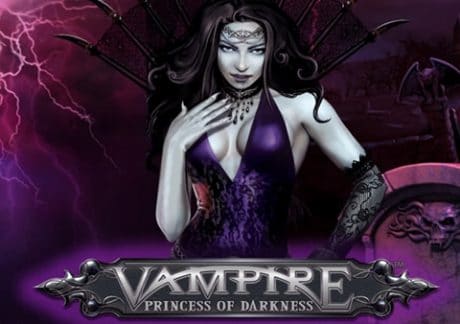