With many Playtech video slots being released in the last few years, the gangster-themed Chicago Streets is now available to play online.

Chicago Streets is a 5 reel, 25 payline title that can be played from just 25p per spin on desktop, mobile and tablet devices including iOS and Android. You are taken back to the 1920s in the Prohibition Era – the scene is a night-time setting with a jazz soundtrack playing as you spin the reels.

You’ll see playing cards with bullet holes as well as gangsters, smoking ladies and mafia bosses – the police car is the wild and appears on reels 2 through 5. When it comes with bonus features, there’s a Free Games feature where you start with 8 free spins.

Look out for police car wilds appearing on the 3 central reels as these become sticky for the duration of the feature! Then you’ll receive another 8 free spins with the sticky wilds still in position – there’s also an extra wild symbol on reel 5 to help enhance your winning potential. Visually superb, you can win up to 1,000 times your bet on every single spin but it’s easier in the feature due to the locking wilds – read the Chicago Streets video slot review for more details and to play for free.

You can play Chicago Streets at Cashino Casino – you may recognise the name as they have gaming venues throughout the UK. When it comes to their online offering, they offer you video slots from Playtech and Blueprint Gaming – they have all the latest games like Vikings Unleashed MegaWays, Primal MegaWays and The Goonies from Blueprint Gaming as well as Anaconda Wild, Fiesta de la Memoria and Grease from Playtech. 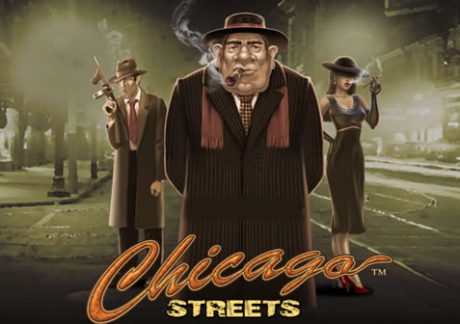