Watching the Justice League film tonight? Well, Playtech has only gone and released the official video slot – play it and you could win a share of £300,000 in cash!

Justice League is based on the movie that has been released worldwide today – the video slot adaptation features footage from the film as well as all the leading characters including Batman (Ben Affleck), Aquaman (Jason Momoa), Superman (Henry Cavill), The Flash (Ezra Miller), Wonder Woman (Gal Gadot) and Cyborg (Ray Fisher).

With the film expected to become a box office hit, the video slot version is sure to become a favourite – part of the DC Comics range, it has 5 reels and 40 paylines. It can be played from just 40p a spin on desktop, mobile and tablet devices including your Android or iOS device.

With stunning high definition graphics and animations, it comes with a randomly triggered Super Hero Respin feature where you benefit from a respin with a super hero acting as a wild symbol. You can also retrigger the feature up to 5 times for big wins.

The main attraction will undoubtedly be the 6 free spins feature – based on each of the film’s main characters. Beginning with The Flash Free Games feature, you can access the other 5 once you play a certain amount of times. Each of them offer you feature frames which turn certain super hero symbols wild. The best is the Batman Free Games feature where the feature frame turns ALL super hero symbols wild!

Justice League also offers you 4 progressive jackpots which can be won randomly from any spin – you then pick from icons to win a jackpot. The Grand Jackpot is currently worth over £876,000! For full details, check out the Justice League video slot review.

When you play Justice League, and any of the other DC Comics video slots for that matter, you can win a share of £300,000 in cash. Just get prize draw entries for every £10 you stake on Justice League or any of the eligible games. With 4 prize draws being held, there’s a top prize of £5,000 in cash to be won in each.

You can play Justice League for your chance to win cash at bgo Casino – with a huge range of video slots on offer, they have an innovative welcome offer where you can get up to 50 fair spins. These are free spins with no strings attached – no max withdrawals or wagering requirements! You will get 1 fair spin for every £1 you deposit, up to 50 fair spins (so £50 deposit). 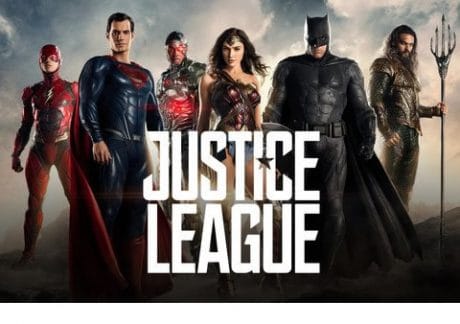