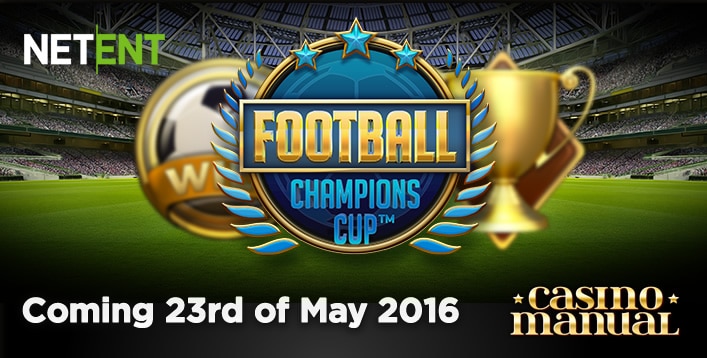 Euro 2016 starts on the 10th of June – Net Entertainment are building up to the biggest football tournament since the World Cup with a football themed video slot of their own.

Football: Champions Cup will be NetEnt’s football-themed game that will be launched on the 23rd of May (2016) – the slot will have football graphics and have 5 reels and 20 paylines. The game will be available across all devices from only 20p per spin.

Sports themed slots tend to be a bit disappointing in general as the themes are cheesy with poor features – Football: Champions Cup is different. You can benefit from up to 5 random overlay wilds in the base game and 2 bonus features.

There are 4 round to play meaning 24 free spins – if you win the tournament, you will also receive a whopping 500 times your bet cash prize on top! Before it’s general release at the end of May, see he official YouTube trailer below from Net Entertainment:

Net Entertainment offer a wide range of slot games with lots of different themes – they are one of the biggest software providers online. I highly recommend highly volatile titles like Dead or Alive, Blood Suckers and Pyramid Quest for Immortality or branded titles like Guns N’ Roses, Scarface or South Park.

There are plenty of places to play their video slots – I would try BetVictor Slots who have a complete range and offer you an exclusive 15 no deposit free spins on their popular Starburst title. Then there’s an exclusive 200% match bonus up to £300 on your first deposit. This offer is only for CasinoManual.co.uk readers!

Get your Exclusive Offer at BetVictor Slots 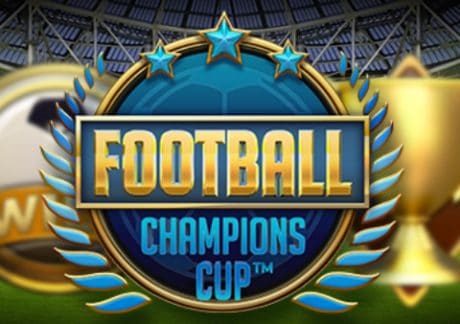