Halloween might be long gone but there’s still plenty to enjoy in the Day of the Dead-themed Pumpkin Smash video slot which is now live at Casumo Casino.

The take on the famous central American festival comes from Yggdrasil Gaming and the design is as impressive as you’d expect. With 5 reels and 20 paylines, the Scandi developer has managed to pack in plenty of gameplay here too. Landing 2 or more bonus symbols triggers the Pumpkin Smash Bonus feature.

Once triggered, the game really lives up to its name as you win your rewards by smashing up pumpkins. 1 pumpkin, which delivers between 2 and 20 prizes, is awarded for each bonus symbol from the triggering spin. Goodies on offer here include coin prizes of up to 375 times your stake, between 7 and 30 free spins with multipliers which can send payouts rocketing by between 2x and 7x.

You can re-trigger the Pumpkin Smash Bonus feature once the free spins are up and running. Landing just a single bonus symbol will again deliver between 2 and 20 prizes, this time between 1 and 16 free spins. Multipliers of up to 7x are once again in play.

It might not be the most volatile game you’ll see, the variance is in the low to medium range, but Pumpkin Smash still delivers plenty of entertainment – you can also win up to 875 times your bet on each spin. There’s a creepy feel to the visuals and the backing track, which is dominated by classical guitar is a lovely addition.

Video slots with this theme usually come into their own around Halloween time. With its classy sound and visuals and potentially exciting bonus feature, we’re happy to pay our Day of the Dead respects year-round. Check out the Pumpkin Smash video slot review for full details and to try for free.

You can join this Mexican fiesta today at Casumo Casino – if you’ve not sampled the delights on offer at Casumo, then now is a great time to give them a look. 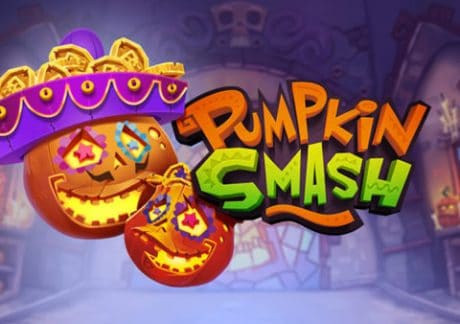