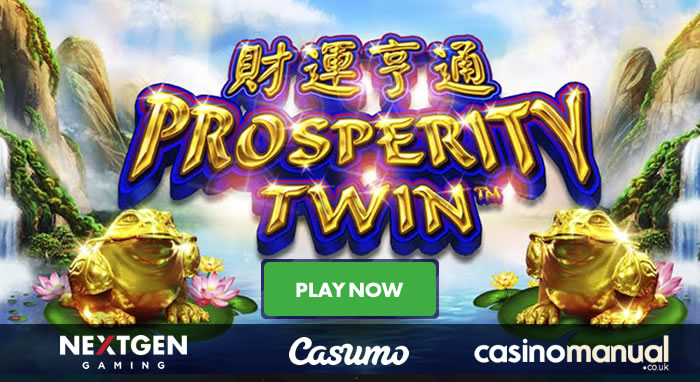 Take a trip to ancient China in NextGen Gaming’s Prosperity Twin which has now gone live at Casumo Casino. There’s no shortage of video slots which have taken the high seas to Asia so what makes Prosperity Twin different?

Powered by NextGen Gaming, it’s played using a 5 reel, 243 ways to win that offers win both ways payouts and a pair of quality extras. First and foremost are the golden coin symbols which are wild and land on the middle 3 reels only. These aren’t just any old wilds though as they can send payouts rocketing too. Any winning paylines that contain a wild coin see the payout boosted by a 2x or even an 8x multiplier.

The second extra on offer in Prosperity Twin is a Free Spins feature. As usual, it’s the scatter (in this case the Chinese letter symbol) that triggers the feature. Land 3, 4 or 5 of them and you can look forward to a payout of 28, 188 or 288 coins as well as 8, 18 or 28 free spins. Land just 2 scatters during the feature and an extra 2, 6 or 8 free spins will be added to your tally. Once again, the wild multipliers are in play during the feature.

The design in Prosperity Twin isn’t quite at the very highest echelons. The traditional imagery works well enough though and includes dragons, fish, golden hats, treasure chest full of coins and a gem-encrusted junk sailing ship. Set against a waterfall backdrop with a traditional Chinese soundtrack playing in the background, it comes together nicely enough.

It’s the features rather than the looks that make Prosperity Twin stand out though. The wild multipliers offer plenty of potential, as does the free spins round – you can win up to 1,110 times your stake on every spin! As we said before, there’s a plethora of Chinese games available. With its old school design and pair of extras, this one from NextGen Gaming is one of the better ones and certainly worth a look if you’re a fan of the genre. For full details, check out the Prosperity Twin video slot review. 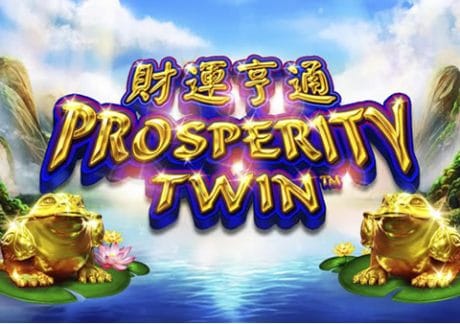