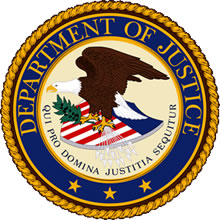 Ira Rubin, who was one of the men indicted in the Black Friday indictments back in April, was denied bail yesterday in Manhattan. Rubin wanted to be granted $300,000 bond and allowed to reside with his parents in Florida until his case came to court. He is facing a maximum 30 years in prison.

Rubin, amongst others, was charged with bank fraud, money laundering and illegal gambling offenses back in April when the initial Black Friday indictments came about. James Cott, a magistrate judge in Manhattan, New York denied Ira Rubin bail as he was considered a flight risk.

Speaking to Bloomberg, he said “there are unlimited reasons” why he couldn’t allow the defendant’s release on bail. Assistant US Attorney Arlo Devin-Brown said that Rubin had an outstanding warrant for his arrest on contempt of court charges after fleeing to Costa Rica from Florida back in 2008. Devlin-Brown said that Rubin is “an extreme flight risk because he’s already done it once before”.

Devlin-Brown also stated that Rubin had a criminal record dating back to the 1970s which included a minimum of 24 different crimes throughout the US. Rubin is thought to have chartered a plane from Costa Rica to Guatemala in order to flee to Thailand on the 15th of April – the day on the indictments. Finally, Devlin-Brown said that even when Rubin’s wife became ill in the United States and eventually died, he didn’t return.

The US Department of Justice seem to be taking this issue very seriously – they aren’t taking any chances whatsoever as they want to send a clear message – online gambling is illegal.