Playtech must be busy as they have just published a trailer video for the upcoming Avengers slot game – watch the video below.

Playtech have already released many Marvel slots but the Avengers slot is due to be a big hit with players. The slot game will no doubt be based on the 2012 Avengers Assemble movie which stars Robert Downey Junior, Scarlett Johansson and Samuel L Jackson among others.

In the film, Nick Fury (who is the director of the peacekeeping organisation S.H.I.E.L.D recruits Iron Man, Captain America, the Incredible Hulk and Thor to form a team the stop Loki from conquering planet Earth. All these characters feature in the Avengers slot game preview.

The Avengers movie only premiered in April this year with the biggest opening weekend in North America and, as a result, the fastest film to gross $1 billion worldwide. The Avengers now ranks as the 3rd highest grossing film of all time with a sequel to be released in 2015 – anyway, watch the official Avengers slot preview video below: 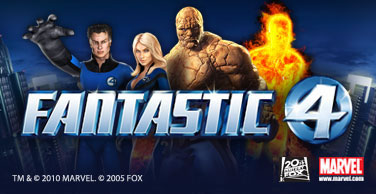 The Marvel series slots have become a very popular set of slot games. Playtech have raised the bar with these games in my opinion. Current Marvel slots include Iron Man 2, Fantastic Four, The Incredible Hulk, Blade and X-Men (there are a few more too).

Despite playing and liking them all, I quite like the Fantastic Four slot – it has a Free Games bonus game with 4 features within it (appropriately). You start each of the features with 12 free spins but the feature you play will depend on the hero you get on reel 3.

Back to the Avengers slot – there is no official release date but I expect it to be soon considering they’ve showcased the video. However, you can play the current Marvel slots at Paddy Power Casino. They welcome you with a £5 no deposit bonus (£5 completely free). All you need to do is register an account and you will get your £5 free instantly. There is also a £200 welcome bonus package – this consists of a 100% deposit bonus up to £100 with 2 50% deposit bonuses up to £50.