Grab your popcorn, we’re off to the movies as two hugely popular film franchises, Anchorman The Legend of Ron Burgundy and Jumanji have been given the video slots treatment from Bally and NetEnt respectively.

Anchorman The Legend of Ron Burgundy is based on the hapless 1970s newsreader played by Will Ferrell in the hit 2004 comedy. Powered by Bally and played using a 5 reel, 25 payline game engine, it comes with gaudy design, a classic soundtrack and some quality extras.

Livening up the base game are a trio of modifier extras that can deliver stacks of transforming symbols, spins with 5 rather than the usual 11 symbols spinning around the reels and between 3 and 10 extra wilds.

There’s a good selection of triggered bonus features on offer too. Spin the wheel and you could win an instant cash prize, 1 of 3 fixed jackpots or 1 of 4 features. They include free spins on an expanded 117 payline machine, free spins where collecting a special symbol delivers a special bonus prize, a spin the wheel bonus and a pick me round.

Bright and brassy, this video slot version of Anchorman The Legend of Ron Burgundy should prove a big hit with fans of the cult comedy.

The modifiers include Sticky Vines which award respins with locked symbols. The Monsoon Wilds can turn up to 2 reels totally wild. In Monkey Mayhem, the symbols are rearranged by a troop of marauding monkeys to create a new winning combination. In the Wild Stampede, a herd of rhinos leave behind between 4 and 9 wilds as they crash across the reels.

Trigger the bonus round and you’ll play a trail-style board game. Cash prizes are on offer depending on where the dice take you. Hope to land in 1 of the 4 corner positions as this triggers free spins complete with the Sticky Vines, Monsoon Wilds, Monkey Mayhem or Wild Stampede extras.

Jumanji wouldn’t be at the top of our list of must watch movies. This video slot version is actually pretty good though. The sound, visuals and animations are as high end as you’d expect from a NetEnt game and there’s enough variety from the extras to keep things interesting. Jumanji is definitely worth playing.

Both Anchorman The Legend of Ron Burgundy and Jumanji are out now – you can play them both at Casumo Casino. Sign up to get 20 no deposit Starburst free spins and a 100% match bonus up to £300. 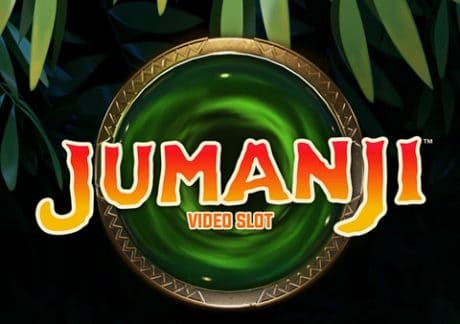